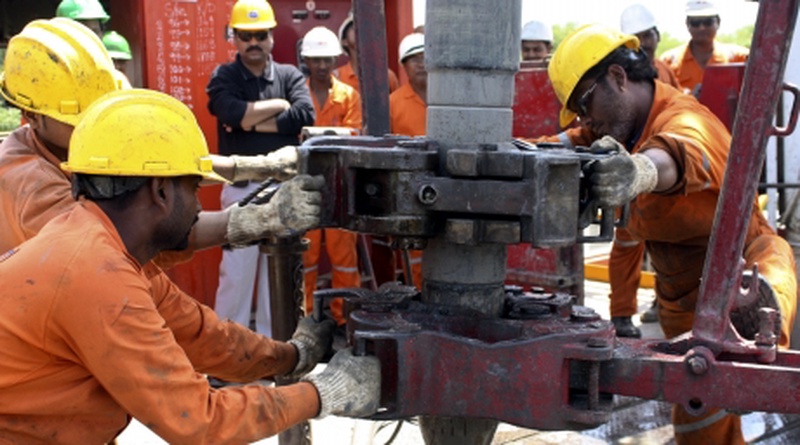 ONGC workers. ©REUTERS/Amit Dave
Indian companies Oil & Natural Gas Corp (ONGC) and GAIL India Ltd. (GAIL) are planning to buy part of ExxonMobil's stake in project developing Kashagan oil field, Bloomberg writes. ONGC and GAIL have already made an offer to the American oil tycoon. Currently the parties are negotiating. Indian companies plan to jointly buy 8.4 percent of ExxonMobil's stake in the consortium developing Kashagan. Currently these assets are evaluated at $5 billion. Meanwhile, Indian financial analysts are quite skeptical about the possible Kashagan deal. They say that purchase of the stake in the project would have made sense for ONGC and GAIL if commercial production at Kashagan started immediately. Analysts are concerned that the start of production might be postponed again. Initially commercial production at Kashagan should have started in 2005, but later it was delayed several times. Currently the project is scheduled to start producing in the end of 2012. The consortium developing the field comprises Eni, Shell, ExxonMobil, Total and KazMunaiGaz (all with 16.81% stakes) as well as ConocoPhillips (8.4%) and Japan's Inpex (7.56%).