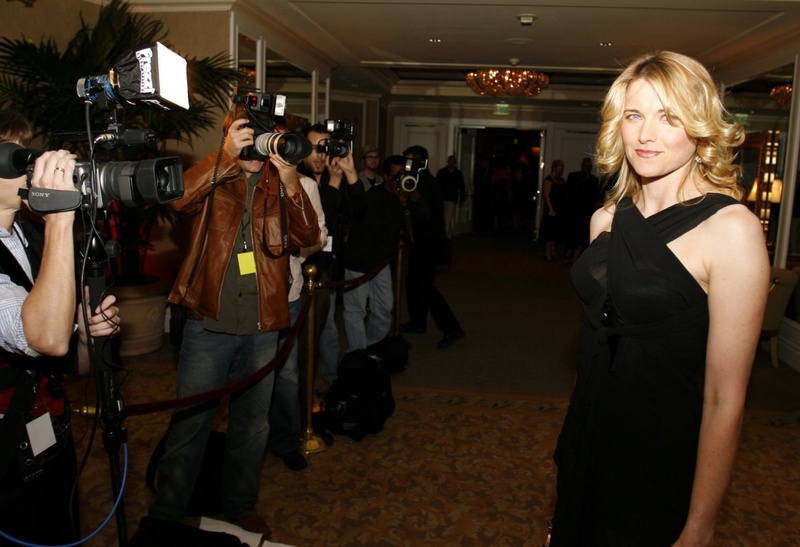 Actress Lucy Lawless. ©REUTERS
"Xena: Warrior Princess" actress Lucy Lawless was fined in a New Zealand court Thursday for boarding a ship with environmentalists last year in protest at plans to search for oil off Alaska, AFP reports. Lawless had pleaded guilty to unlawfully boarding the oil-drilling ship Noble Discoverer with a group of Greenpeace activists last February and occupying it for three days in a bid to prevent it setting sail for the Arctic. The actress and six other activists scaled a 53-metre (174-foot) drilling derrick on the ship, which was contracted to Anglo-Dutch energy giant Shell, and were eventually arrested by police after refusing to come down. The group, along with another Greenpeace member who helped organise the protest at the North Island port of Taranaki, were each fined NZ$650 ($545) and ordered to perform 120 hours of community work. However, judge Allan Roberts rejected an application from Shell's New Zealand subsidiary for more than NZ$600,000 in damages from the protesters, saying such an application should be pursued through the civil courts. Lawless, who appeared under her married name Lucy Tapert, said she did not regret her actions. "We are proud to have taken part in our attempt to stop Shell's reckless plans to drill for oil in the pristine Arctic," she told reporters outside the court. "Since we occupied the Noble Discoverer, it has become evident to everyone watching, from the millions who have signed Greenpeace petitions, to the US government... that it can never be safe to drill in the Arctic." The US Interior Department granted Shell conditional approval to begin drilling exploration wells in the Arctic Ocean in August 2011, in a move slammed by conservationists. However, Shell announced last September that drilling had been delayed after a dome used to contain potential oil spills sustained damage during a test. Lawless said: "Shell's Arctic programme has cost them billions and it's now regarded as an eye-wateringly expensive failure." The actress, who starred as the title character in the fantasy television series "Xena: Warrior Princess" from 1995-2001, is a long-time environmental activist who was named a Greenpeace ambassador in 2009.