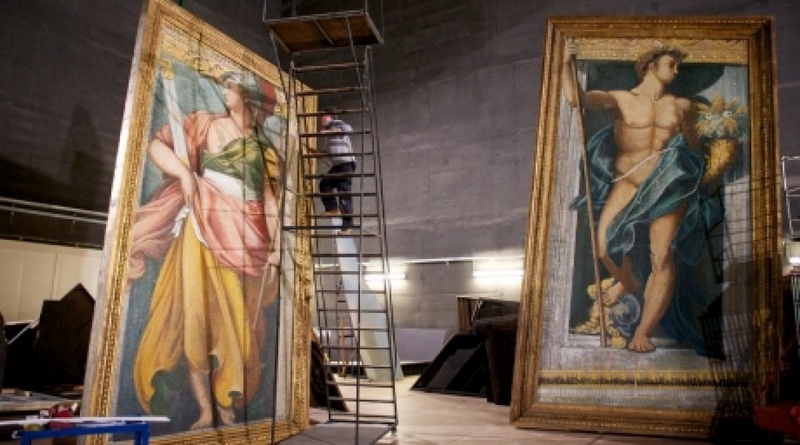 The artists of the Astana Opera will preform along with their counterparts from Italian Teatro alla Scala. Anna Pirozzi and Marcelo Alvarez have already arrived to Astana for rehearsals.

“In Italy people are talking about the Astana Opera a lot and I am interested in seeing this young theatre myself. It is the first time for me to perform along Marcelo Alvarez. I have preformed this part in the Turin theater under a French director. Tosca is very spirited and is similar to my character. But at the same time it has a romantic side that is very close to me, too,” Italian singer Anna Pirozzi who will perform the role of Floria Tosca said.

Decorators have already started making 100 and 500 kilo columns on the stage of the theatre. All the costumes were designed and made in the Teatro alla Scala atelier.

“Even though it is a very big production, almost all the costumes are hand made. It is interesting that the collection has small, almost doll like, jackets and shirts. The Astana Opera’s young artists were given a part in the grand production, too. The youngest chorus singer is 5 years old and the oldest is 15 years old,” the press office said.

The Astana premier of Puccini’s masterpiece Tosca will take place on 9th, 11th and 12th of May.