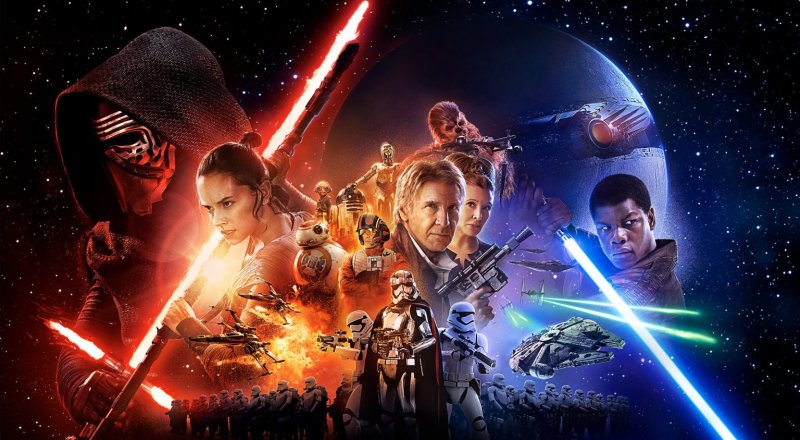 The second trailer for the hotly-anticipated "Rogue One: A Star Wars Story" was released on Thursday -- giving fans the first new footage of Darth Vader in more than a decade. AFP reports.

The 135-second teaser was due to premiere in the United States during NBC's primetime Olympics coverage but it didn't hit screens until 10:30 pm on the east coast -- past a young child's bedtime.

But the wait was worth it for older fans, who were treated to sweeping space-scapes, all manner of Imperial battleships, laser fire everywhere and a suitably portentous Forest Whitaker.

The highlight was undoubtedly a one-second cameo by a certain Dark Lord of the Sith in full villainous black regalia, his back to the camera, breathing like someone had just stamped on his inhaler.

It was the first glimpse of the character since 2005's "Revenge of the Sith," and came at the climax of the clip, which was made available online after its TV debut.

NBC was flooded with complaints on Twitter about holding back on the trailer, some humorous, some irritated and others downright furious.

But when it finally aired, the Twitterati were predictably cock-a-hoop, and one Canadian tweeter summed up the mood.

"Oh man, that Rogue One trailer was worth having (to) watch NBC's abysmal Olympic coverage tonight. Vader!" he enthused.

The first standalone "Star Wars" story, "Rogue One" is set just before "A New Hope" -- the original film in the blockbuster series -- and stars Felicity Jones alongside Mads Mikkelsen and Whitaker.

It has not been revealed which actor has been hired for Vader's latest big screen outing, due to hit theaters in the United States on December 16.

The character was voiced in the original trilogy by James Earl Jones, now 85, while 81-year-old David Prowse donned the iconic cape and helmet.

The other Jones -- Felicity -- who was Oscar-nominated for her role opposite Eddie Redmayne in "The Theory of Everything," plays rebel Jyn Erso, who has notched up a string of convictions for forgery, assault and theft.

She is sent on a mission to help investigate "a major weapons test" -- better known as the Death Star in development -- and find out how to destroy it.

Last year's "Star Wars: The Force Awakens" made more than $2 billion worldwide, and analysts have backed "Rogue One" to dominate this year's box office.