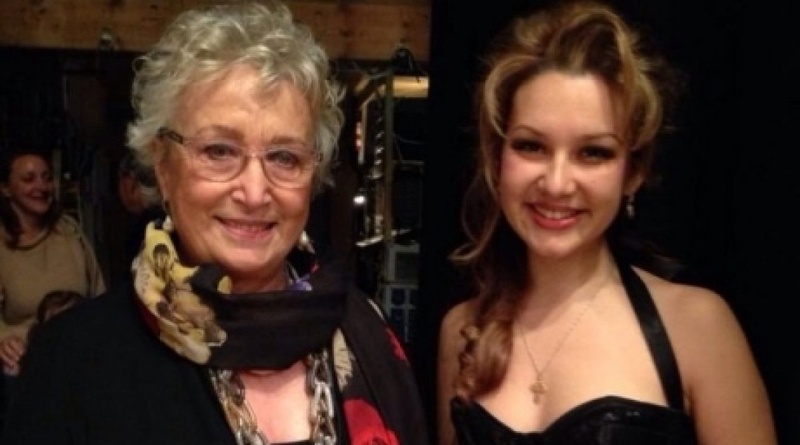 Maria Mudyak (R)
Maria Mudyak, an opera singer from Kazakhstan, has been included into the list of notable European opera singers, Tengrinews reports citing the singer's mother Olga Mudyak. The young opera diva was awarded with the prestigious title after she won the AsLiCo 2014, the 65th edition of the Competition for Young Opera Singers of Europe, held on January 23-26 in Italian city of Como. “Maria participated in the 65th international competition AsLiCo. The candidates were selected very carefully. Directors and audition directors of largest theaters of Europe and America came to the event,” her mother said. "After Maria won the contest she became the first non-European singer to be included into the European opera singers register. Those who are in the list will take part in the top European opera projects, concerts, festivals and other events," Olga Mudyak said. The victory in the contest was the sixth major victory for Maria. "Italian musical critics distinguished the girl’s charm that inspires the audience along with her beautiful voice and singing technique. Maria enjoys sympathy of the audience," the singer's mother said. Italian newspaper Corriere di Сomo and later other media outlets have called the young Kazakhstani singer the ‘mascot’ of the International Competition for Young Opera Singers, her mother said. She also added that the state conservatory of Milan put the name of Maria Mudyak, their former student, on the honors board and all the teachers express their appreciation and take pride in her on Facebook. Maria is now finishing her study in the Milan Music Academy and at the same time working in a troupe of young opera singers in Teatro Carlo Felice, the principal opera house of Genoe. The Opera singer form Kazakhstan will perform Musetta in the La bohème by Giacomo Puccini and in summer Maria will participate in the opera festival in Salzburg. When Mariya was 5 years old she entered the Guinness Book, after recording her first sole laser disk. When she was 10, she was admitted into the Italian Teatro alla Scala Academy of Lyric Opera. This was an exception as she was very young. Later she made it into the State Conservatory, being the youngest student again. She got a Kazakhstan education scholarship Bolashak for higher eduction abroad. Mariya gained the title of the best singer of Italy at the national contest in 2011. She performed with Toto Cutugno in her final show. Mariya Mudyak graduated from the Giuseppe Verdi Milan State Conservatory in 2012, becoming the youngest alumna to complete the whole course.