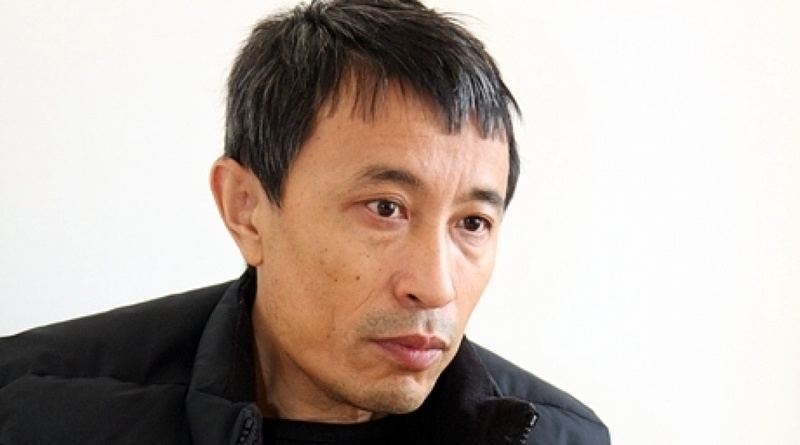 Film director Yermek Tursunov. Photo by Yaroslav Radlovskiy©
Film director Yermek Tursunov, famous for his sensational movie Kelin, finished working on a new movie called Shal (‘old man’ in Kazakh). Tursunov will show his new movie at the international film festival in Cannes, he told Tengrinews.kz.
Continuation
1.
Shal movie to be screened at Berlin Film Festival
2.
Kazakhstan's Shal movie is worth an Oscar: Boretskiy
The movie with the draft title The Old Man and the Steppe (to be released under Shal title) is based on Ernest Hemingway’s The Old Man and the Sea. The movie is in Kazakh, but will have English subtitles during the festival. As per the rules of the Cannes festival, it should have the so-called ‘jus primae noctis' (right of the first night) and the movie will be released in Kazakhstan only after the festival. This means that Kazakhstan fans will see the movie in May-June 2012. Yermek Tursunov was developing his idea together with the script writer Maulen Ashimbayev. 63-year-old Yerbolat Toguzakov was selected for the main role after many castings. “We have tried many old men, because this role in the movie is very complicated. The main character falls into the water in winter and fights wolves, wanders and crawls. We have even tried several people coming from retirement homes in our castings,” the film director said. As for the script, Tursunov calls the movie “Kazakh Hemingway”. “Everyone knows Hemingway. I have the steppes instead of the sea, as it possesses a similar power: the space and the scale. All the elements are the same, but it is rethought differently. The main message of the movie is that a human can be killed, but never defeated,” he said. The director and the whole crew had to overcome lots of difficulties during the shooting process. One of the episodes included a scene with wolves. There were not enough trained wolves in Kazakhstan, so some of them had to be brought from Bryansk, Russia. “This group of wolves was traveling from Russia in a small bus. They could not be transferred by plane and were dismissed from a train. They were loaded into the bus and delivered to Kordai in a week,” Tursunov recalled. According to the film director, Kazakhstan wolf was playing the main role in the pack and Russian ones were just used to make the pack. The movie creator calls them a “Russian-Kazakh team of wolves”. “The scene with the wolves was a disaster. The script had this scene made in the fog. We were using smoke to make the fog, but the wolves blankly refused to go into smoke. It is very difficult to deal with the wolves,” he said. By Aizhan Tugelbayeva