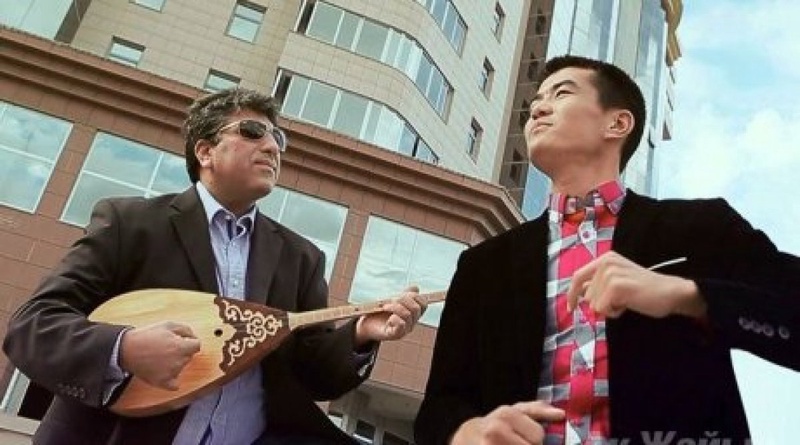 Toni Turi (L). ©azh.kz
Toni Turi, an Italian engineer who works for Agip in Atyrau city in western Kazakhstan, has recorded a music video to Amo Te (I Love You) song, Akhzhaik reports. The song was co-written together with Italian composer Augusto Amigucci, who lives in Almaty. The song is in two languages: Italian and Kazakh. "I've never seen any music videos with Atyrau city sights before. I like this city very much that is why I decided to make a video of myself in Atyrau against its sights and landscapes. This is a true love story that happened in Atyrau. I hope, the audience will appreciate the video. This shootings became an important step in my life. Who knows, maybe my future carrier is with music," Turi said. According to the photostudio director and head of the clip-makers' group Arman Khairoullin, it was Tony's idea to make the music video with Atyrau scenes. "He wanted to show the city that he likes so much. And then we made a story. Toni said that he wrote the lyrics for a Kazakh girl. The video has scenes where he drives a motorcycle and sails a boat, looking for his girlfriend. By this video he shows respect to Kazakh girls and admires their beauty, wisdom and charm. As the plot unravels the video shows Toni giving flowers to girls. And in the end he finds his girl," Khairoullin said.