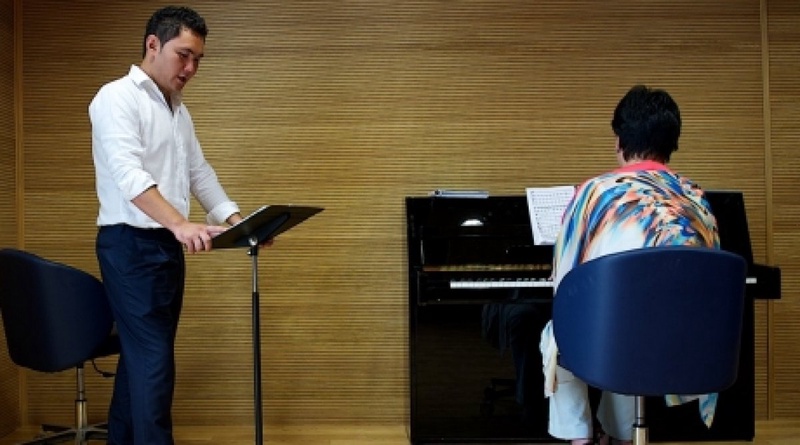 Medet Chotabayev. ©astanaopera.kz
The leading singer of the Astana Opera house Medet Chotabayev has been invited to perform a part in The Tales of Hoffmann French opera project, Tengrinews reports citing the press-service of the theater. The Kazakhstan opera singer received the invitation right after he performed Rodolfo in Luisa Miller opera by Giuseppe Verdi in Ferrara city of Italia. "After the concert I was offered to sign a contract to perform in The Tales of Hoffmann opera that will be broadcasted by the Mezzo Channel. Cristina Ferrari, the organizer of Luisa Miller project, always supports all the singers. And she was the one, who proposed me this contract. Cristina came to me after the show and said, "I want to give you a gift -- a contract to sing a part in The Tales of Hoffmann opera." The part is very difficult to sing and is based on the French music. The joint project of France and Italy is arranged like a tour of four cities. It is my first experience in French opera performance," Chotabayev said. At present time the singer is working on the part of Tolegen in Kyz Zhibek (Silk Girl) opera. He is also awaited to perform in La Boheme opera in the Italian Arena di Verona theater.