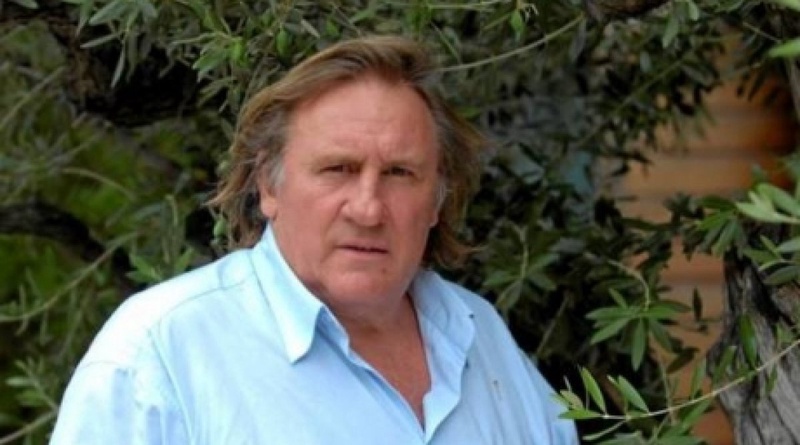 The French actor Gérard Depardieu. ©e-kyzylorda.gov.kz
French actor Gérard Depardieu has met Kyzylorda Oblast Akim (Governor) Krymbek Kusherbayev after visiting Baikonur to watch a rocket launch, Kyzylorda-news.kz reports. During the meeting the celebrity guest said that the real purpose of his coming was to discuss shooting of a film about the Kazakh folklore and songs. "At that particular place, at the Khorkhyt-ata memorial, I felt a special energetics. Three years ago I met the Kazakhstan President in Paris. We discussed the idea of the film and he liked it very much. He gave instructions to provide financial support for the project," the actor said. According to Depardieu, he is working on the project together with Kazakhsfilm studios producer Gulnar Sarssenova. The maitre appreciates local actors. "I want to point out the professionalism of Kazakhstan artists, one of them is Berik (I can't pronounce his last name), who is playing in The Voice of the Steppes series by Yermek Shynarbayev. He is playing the second lead role -- the tractor driver -- and he needs to speak French for the role," the artist said. Gérard Depardieu visited Kazakhstan for the first time seven years ago. The French actor visited Almaty, Astana and Shymkent before. Gérard Depardieu is an actor, film-maker, businessman and vineyard owner. He is one of the most prolific character actors in film history, having completed approximately 170 movies since 1967. He has twice won the César Award for Best Actor as well as the Golden Globe award for Best Actor in Green Card. After he garnered huge critical acclaim for the title role in Cyrano de Bergerac, which landed him a nomination for an Academy Award, Depardieu acted in many big budget Hollywood movies. He is a Chevalier of the Légion d'honneur and Chevalier of the Ordre national du Mérite. He was granted citizenship of Russia in January 2013, made an honorary citizen of Belgium in August 2013, and the same year became a cultural ambassador of Montenegro.