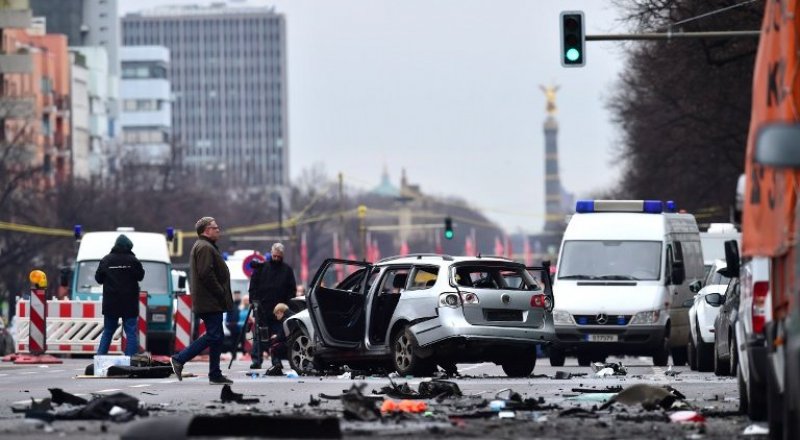 A car bomb killed a driver travelling down a street in central Berlin on Tuesday, police said, as investigators suspected that it was likely a case of homicide, AFP reports.

The blast caused by an explosive device "on or in the vehicle" occurred during peak-hour traffic on Bismarckstrasse, within sight of the Victory Column monument, leaving the front of the car severely dented after it flipped over, while debris was strewn a few metres away.

No other injuries were reported, although the car rammed into a parked vehicle.

"The identity (of the victim) is unclear," police spokesman Michael Merkle told N24.

"We believe this was a homicide," prosecutor's office spokesman Martin Steltner told the daily Tagesspiegel.

The Volkswagen Passat station wagon was heading downtown when the explosion struck close to the subway entrance to Deutsche Oper station, in front of one of Berlin's three opera houses.

Police had asked residents to stay indoors and keep their windows shut before giving the all-clear to after completing a sweep for further explosives.

The broad avenue remains cordoned off.