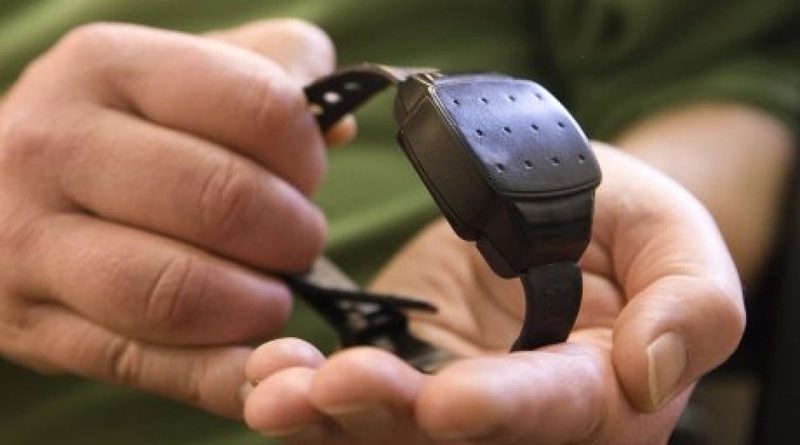 An electronic monitoring ankle-bracelet. ©Reuters
Kazakhstan is considering setting up production of electronic monitoring ankle-bracelets in prisons, Tengrinews reports. "The Prosecutor's Office has proposed to Mr. Issekeshev, Vice-Prime-Minister and Minister of Industry and New Technologies, to set up production of electronic monitoring ankle-bracelets is one of the country's prisons as part of the state-run Program of Accelerated Industrial and Innovative Development of Kazakhstan. We expect the Ministry of Industry to hold a meeting to discuss the proposal in the nearest time," Deputy Prosecutor General Zhakip Assanov said during presentation of the concept of the project called 10 Ways of Reducing Prison Population He pointed out that use of monitoring bracelets would help decrease the number of people in jails and save some budget money. "For example, in the United States it is 4 times cheaper to use electronic monitoring bracelets on convicts than to keep them in prison. We can use them both instead of arresting people to reduce the number of people in pretrial detention, and also as an alternative to imprisonment. This will serve to expand the concept of restriction of freedom, suspended sentence, suspended execution of sentence, release on parole and etc.," he pointed out. However he warned again purchasing the monitoring ankle-bracelets from abroad. According to him, it is very costly for the state budget. It is more feasible to set up a local production of the bracelets here in Kazakhstan," he stressed. By Renat Tashkinbayev