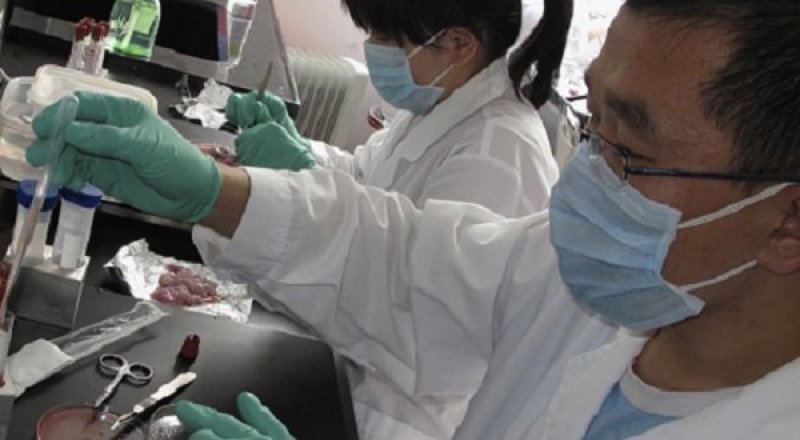 Chinese genetic scientists must not be put off sensitive research by ethical concerns, the team behind a controversial study on modified human embryos said Wednesday as debate erupted over the paper, AFP reports.

Researchers from Guangzhou Medical University said they used a gene-editing technique known as CRISPR to artificially induce a mutation in human cells and make them resistant to HIV, the virus that causes AIDS.

Their paper, which appeared last week in the Journal of Assisted Reproduction and Genetics, is only the world's second published account of gene editing in human embryos.

Critics said the study -- intended as a proof-of-principle exercise -- was unnecessary and lacked medical justification, and strongly cautioned against the broader ethical implications of the slippery slope of human genome modification.

"This paper doesn’t look like it offers much more than anecdotal evidence that (CRISPR) works in human embryos, which we already knew," George Daley, a stem-cell biologist at Children's Hospital Boston, told the prominent science journal Nature.

It demonstrated that "the science is going forward before there’s been the general consensus after deliberation that such an approach is medically warranted", he added.

In a statement issued by the hospital where they carried out their research, the Guangzhou team brushed aside such concerns, focusing instead on the "incalculable" size of the future market for disease treatments.

"The assessments of those outside the field are not authoritative, and the research environment will continue to evolve," they said.

"For us what is most important is that we diligently complete our research and stick to the path we believe in, acquiring independent intellectual property rights... so that we do not have to defer to others."

Such perseverance, they said will ensure "our own position in the international community", adding: "The future market for the treatment of diseases through gene editing is incalculable."

Speaking to China's state-run Global Times newspaper, the paper's lead author Fan Yong said: "It is the pioneers that will make the rules in this field."

Han Bin, the director of China's National Center for Gene Research, told the paper -- which often takes a nationalistic tone -- that the technology's potential therapeutic benefits for all diseases caused by inherited variation, including cancer, should outweigh any qualms.

Instead of following other countries' ethical stances, China should formulate its own standards and regulations, the Global Times cited him as saying.

China is quickly cementing a reputation as a leader in the fields of genetic research and cloning, showing a willingness to forge ahead even as others hesitate over ethical issues.

The world’s biggest cloning factory is under construction in the northern port of Tianjin, with plans to churn out everything from pets to premium beef cattle.

The chief executive of Boyalife Group, the Chinese firm behind it, told AFP his company had technology advanced enough to replicate humans. The head of its South Korean partner has been quoted as saying it preferred mainland locations to avoid bioethics laws elsewhere that would ban the use of human eggs.

The Guangzhou Medical University study used flawed embryos not viable for fertility treatment, and had been approved by the university's ethics committee.

Four out of the 26 embryos were successfully modified, while a number exhibited unexpected mutations. All of them were destroyed three days later.

"The purpose of this study was to evaluate the technology and establish principles for the introduction of precise genetic modifications in early human embryos," the Journal of Assisted Reproduction and Genetics paper read.

The legality of human embryo research varies by country, and there is no international consensus on what ought to be allowed.

In the US, the influential National Institutes of Health are banned from funding such studies, while Britain's independent fertility regulator only issued its first licence for human embryo modification research in February, for a study on infertility and miscarriages.