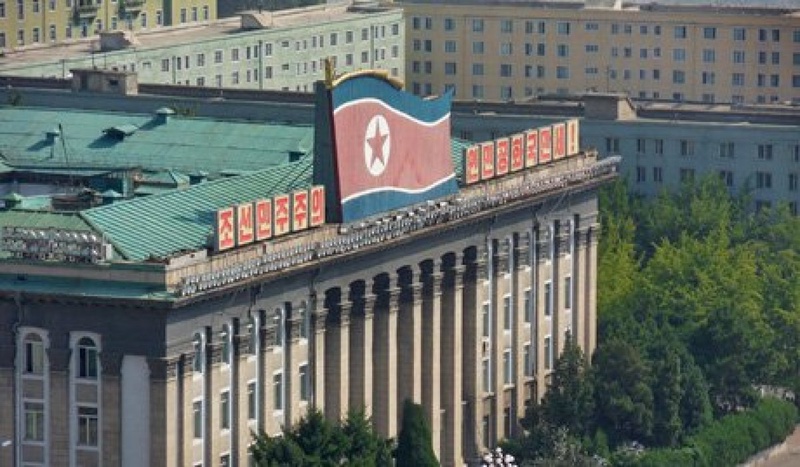 North Korea sentenced a South Korean missionary to hard labour for life after accusing him of espionage and setting up an underground church, state media said Saturday, the latest Christian preacher to run into trouble in the secretive state, AFP reports.

However, according to KCNA, Kim confessed his guilt -- including state subversion, espionage, anti-state propaganda and agitation, and illegal entry into the country -- and "sincerely repented".

"The accused admitted to all his crimes," KCNA said in its report on the trial.

"He committed anti-DPRK religious acts, malignantly hurting the dignity of the supreme leadership of the DPRK (North Korea) overseas and tried to infiltrate into Pyongyang ... for the purpose of setting up underground church and gathering information about the internal affairs of the DPRK while luring its inhabitants into South Korea and spying on the DPRK."

Although religious freedom is enshrined in the North Korean constitution, it does not exist in practice and religious activity is severely restricted to officially-recognised groups linked to the government.

Pyongyang views foreign missionaries as seditious elements intent on fomenting unrest and those who are caught engaging in any unauthorised activities in the North are subject to immediate arrest.

Instead of facing execution, Kim was sentenced to hard labour for life by the North's Supreme Court, the report said.

North Korea in February refused to accept a written demand for his immediate release from the South's Unification Ministry.

They said he had crossed the Yalu border river in October last year to establish the whereabouts of some North Korean refugees who had been arrested in Dandong by Chinese authorities and repatriated.

A number of missionaries -- mostly US citizens -- have been arrested in North Korea in the past with some of them allowed to return home after interventions by high-profile US figures.

US citizen Kenneth Bae, described by a North Korean court as a militant Christian evangelist, was sentenced last year to 15 year's hard labour on charges of seeking to topple the government.

Kim's sentence comes as military tensions between the two Koreas have been elevated for several months.

This week North Korea warned that recent "provocative" activities by US troops at a truce village on the heavily fortified inter-Korean border could lead to a "catastrophic" military clash.

The North took issue with the construction of a steel watchtower by the US-led United Nations at Panmunjom, saying it was being used for "acts of spying" involving sophisticated surveillance equipment.

Earlier this month Seoul said a North Korean warship fired shells near one of its naval corvettes and denounced Pyongyang's denial as a "blatant lie".