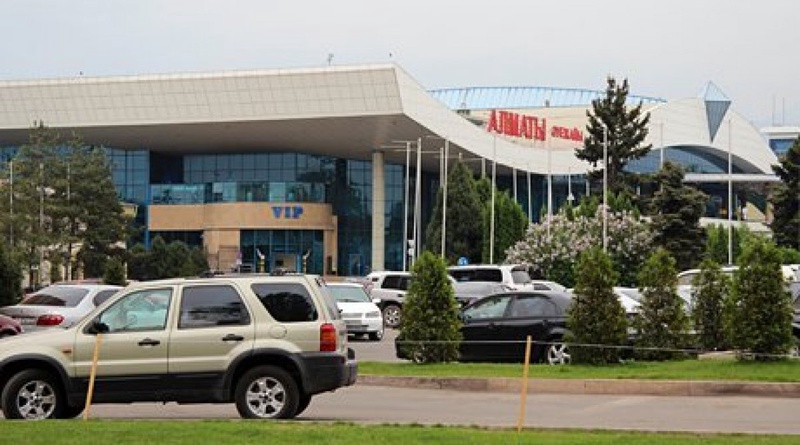 Airport of Almaty city. ©Yaroslav Radlovsky
The Airport of Almaty is loosing over $4.5 million annually because of the ban on foreign charter flights from Kazakhstan. $4.5 million is the airport's loss from lack of foreign charters from Almaty to Turkey alone, Tengrinews reports according to Daulet Mamekov, Vice-President for Economy and Development of International Airport of Almaty. According to Daulet Mamekov, more than 250 flights were made from Almaty to Antalya and Bodrum during the summer period only. According to Almaty airport, the revenue from ground services to non-resident air companies made 4.3 million tenge ($28 thousand) while the revenue from provision of the same services to Kazakhstan resident air companies makes 700-900 thousand tenge ($4.5-5.8 thousand). "The calculated services include provision of our own fuel and lubricants to the companies. The cost of Almaty-Antalya return ticket of a foreign air company like Atlas Jet, Pegasus, Corendon Airlines clear of all discounts and privileges has always been lower than that of a Kazakhstani company. (... ) The airports are already experiencing losses because SCAT air company service its planes on its own. Substitution of foreign charter companies making flights to Turkey with Kazakhstan's local air companies will mean an annual loss of $4.5 million for the international airport of Almaty," he said. Kazakhstan adopted the law ban foreign carriers from making charter flights from Kazakhstan in summer, but then postponed it to October. Now only Kazakhstan air companies are allowed to make these flights. The amendments are called to support development of the local aviation. Besides according to Serik Mukhtybayev, Chairman of the Civil Aviation Commission of Kazakhstan, the new regulation is called to provide greater guarantees to the passengers and ensure proper control over the flights' safety. However, the market is skeptical about the new law, because local companies lack the planes to meet the demand for the charter flights.