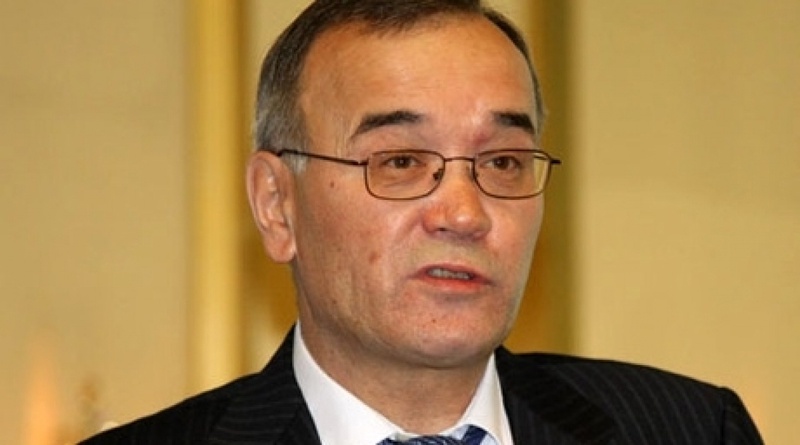 KazMunayGas Chairman of the Board Kairgeldy Kabyldin. focus.kz stock photo
KazMunayGas National Oil and Gas Company and KC Kazakh B.V. [a consortium comprised of Korea National Oil Corporation and seven other Korean companies] have reached agreement on operating the drill rig at jointly developed Zhambyl oil block at the Caspian Sea, KMG Chairman of the Board Kairgeldy Kabyldin told journalists August 25, Novosti Kazakhstan reports. “We have reached an agreement on joint owning and operating the drill rig (…) the South Korean side is to construct and deliver the drill rig specially tailored to facilitate drilling in the shallow part of the Caspian”, Mr. Kabyldin said. According to him, “the drill rig which is being built in Romania is to be transferred into the ownership of the JV”. “Early next year it will be delivered to the Caspian Sea in separate blocks (…) drilling of the first well at Zhambyl oil block will start in the H2 2012”, he said. Mr. Kabyldin expressed hope that “such a drill rig will enable to accelerate work on other shallow-water oil block (…) the rig is estimated at $120 million and is fully financed by the Korean side”. KazMunayGas National Company is the owner of 44 oil and gas onshore fields in Mangistau and Atyrau regions. The production divisions of the company have been in operation for more than 90 years. The Company accounts for 65% of overall oil transportation, 100% of gas transportation, 50% of tanker transportation in Kazakhstan. 100 per cent of the Company’s shares belong to the National Sovereign Wealth Fund Samruk-Kazyna. “In 2010 the Company reached all the targets in terms of production output and financial indicators. Oil processing at the three refineries reached its peak level since independence, making up 13.7 million tons. The Company’s profit totaled over $2 billion, 2.5 times up against 2009. Tax proceeds from the Company made up $2.8 billion. The Company allocated a total of $1.3 million for social projects”, President Kairgeldy Kabyldin had said June 1.