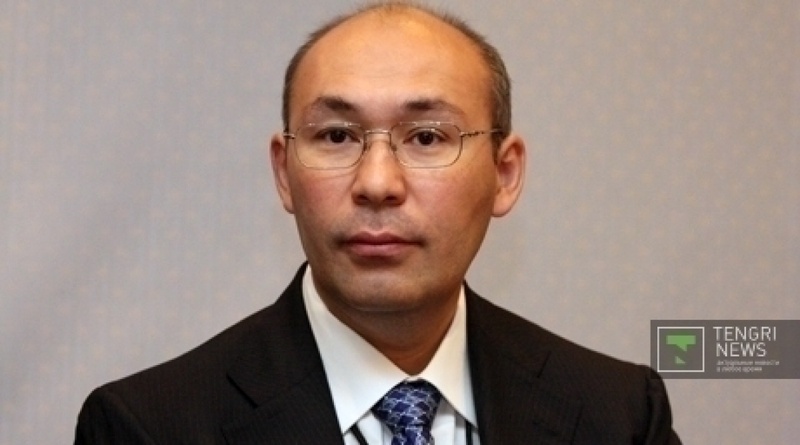 Kairat Kelimbetov. By Yaroslav Radlovsky ©
Kazakhstan’s economy will grow by at least 3-4% a year even if oil price stands at only $40 per barrel, Economic Development Minister Kairat Kelimbetov said. “We have a plan B in case of a pessimistic scenario – if oil price stands at $40 … even in this case the economy will grow by 3-4%. In case oil stands at 60%, the growth rate figure will make up 5-6%”, Mr. Kelimbetov told journalists after the round-table discussion on middle-term economy policy September 26. When speaking at the round-table discussion, Kelimbetov emphasized that gold and currency reserves had exceeded $76 billion. “To make sure the Oil Fund money is not consumed, the amount equal to 20% of the GDP should be kept in the Fund intact before 2015”, he said.