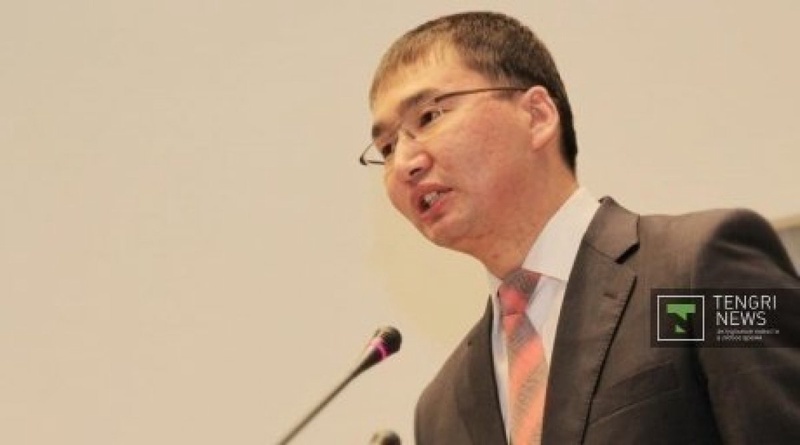 Official representative of Kazakhstan General Prosecutor's office Nurdaulet Suindikov. Photo by Danial Okassov©
Official representative of Kazakhstan General Prosecutor’s office Nurdaulet Suindikov has refuted the information that Almaty prosecutors filed any lawsuits against Google, Facebook and Twitter, Tengrinews.kz reports. “The said blog-platforms and social networks are not the defendants in the lawsuits of Almaty prosecutors against Respublika and Vzglyad newspapers. These newspapers are the defendants in the filed suit,” Suindikov said. According to him, Google, Facebook and Twitter are mentioned in the lawsuits only in relation to certain pages and blogs mirroring Respublika and Vzglyad. He also stated that in case the court decides to ban distribution of Respublika newspaper the administration of Facebook will be requested to delete or block this newspaper’s page, while access Facebook itself will not be blocked. “That’s why we think that the statements about any claims being filed against the said social networks are provocations. The claims have just been filed, that’s why I don’t know whether Facebook or Twitter know about it,” Suindikov said. According to the official representative, this case is the precedent for Kazakhstan’s law-enforcement practice. Earlier Tengrinews.kz English quoted lawyer Sergey Utkin representing Respublika newspaper as saying that Google, Facebook, Twitter and LiveJournal are among the defendants in the lawsuit of Almaty prosecutors case to ban several Kazakhstan’s opposition media outlets and public unions. Medeu regional court has already scheduled the first meeting with representatives of opposition media for November 27.