A man has been killed in an explosion of a petrol truck in Atyrau in Kazakhstan's west.
25 января 2016, 16:53
Photo courtesy of witnesses

A man has been killed in an explosion of a petrol truck in Atyrau in Kazakhstan's west, Tengrinews reports, citing the official representative of the Emergencies Committee of the Interior Ministry of Kazakhstan Ruslan Imankulov.

The accident happened on Saturday, January 23, at around noon when a welder was repairing a hole in the tank. The welding ignited fuel vapors in the tank causing the explosion and setting the vehicle on fire.

A witness provided Tengrinews a video of the horrible accident showing the burning petrol truck.

The explosion severely injured a 53-year-old man. He died on the spot from the sustained injuries. According to witnesses he was the one welding the tank. 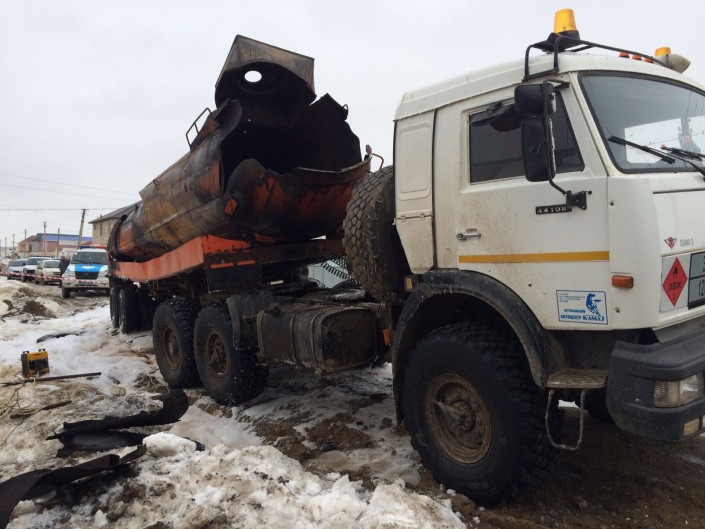 Two fire-engines with 7 firefighters promptly arrived to the site and extinguished the fire within half an hour preventing it from spreading outside the area of 10 square meters. 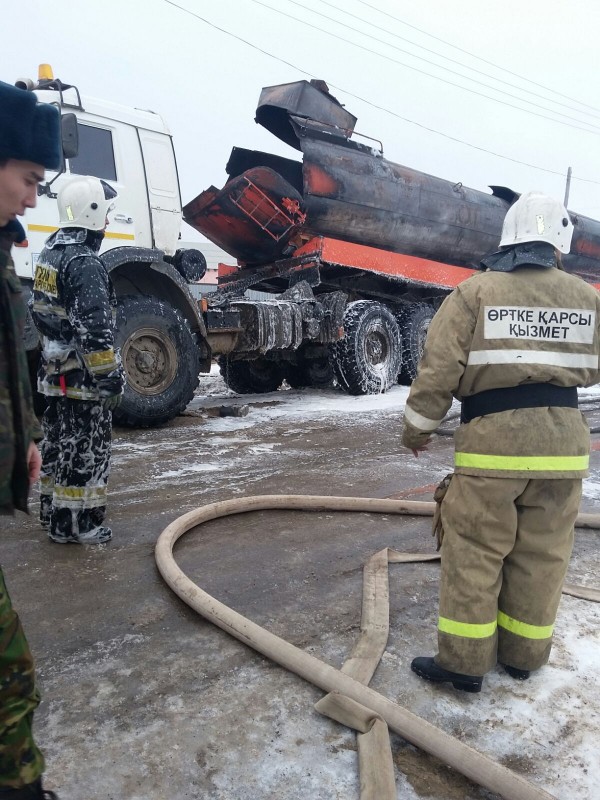 The police is investigating the accident.