Vinokourov summoned to UCI regarding his Liege-Bastogne-Liege victory 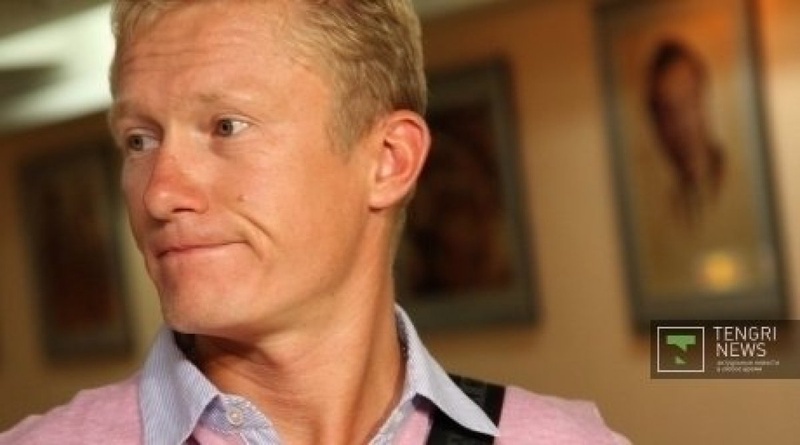 Kazakhstan cyclist Alexandre Vinokourov. ©Vladimir Dmitriyev
The International Cycling Union (UCI) has initiated an investigation of Kazakhstan cyclist Alexandre Vinokourov and Russian cyclist Alexandre Kolobnev over a possible bribery at 2010 Liege-Bastogne-Liege race, RIA Novosti reports referring to the UCI.
Continuation
1.
Cycling: Kazakhstan Federation responded to Vinokourov’s case
2.
Cycling: Kazakhstan Sport and Physical Culture Agency will defend Vinokourov: Yermegiyayev
3.
Vinokourov will go to court over his 2010 Liege-Bastogne-Liege victory
“The UCI takes this case very seriously. We will ask Vinokourov and Kolobnev to visit our headquarters in Aigle, Switzerland, so they could offer their explanations,” the press-release of the organization reads. Also it became known that the organization has been tracking this case since December 2011 when it popped up in Switzerland’s L’Illustre magazine. “That information was insufficient to take any legal measures. But now we are going to made an inquiry in relation to the new data that we’ve got now,” UCI officials said. Switzerland’s L’Illustre accused Kazakhstan bicycle racer Alexandre Vinokourov of buying Liege-Bastogne-Liege race victory for €100,000 from Russian Alexandre Koblenev in 2010. However the UCI refused to investigate the case. Now Corriere della Sera accuses Alexandre Vinokourov of 'buying' his victory in Lege-Bastogne-Liege classical one day race in April 2010 for 150 thousand euro from Russian cyclist Alexandre Kolobnev. Vinokourov finished six seconds ahead of Kolobnev in that race. The newspaper somehow accessed and published an e-mail exchange that allegedly took place between Vinokourov and Kolobnev after the race. Besides, it insists that prosecutors have obtained proof of a money transfer from Vinokourov to Kolobnev's account in a Swiss bank. The correspondence between the cyclists reads: “You can very well remember that I had an excellent chance. I am not sure if I did the right thing. On the one hand there is my contract and on the other hand – my respect to you and the situation you were in. Even my wife was disappointed that I came second. If I were in your place, I would win glory and bonuses. I felt so very strong that day… And now I am waiting patiently,” Kolobnev wrote on April, 26, 2010 at 23:42. The cyclist’s bank account was written in the end of the letter. “Hi, Kolobok. Forgive my late response. Don’t worry, you did the right. I will do everything. You just need to wait. Have a nice rest. Vino.” Vinokourov wrote to him on May 8, 2010, at 23:34.