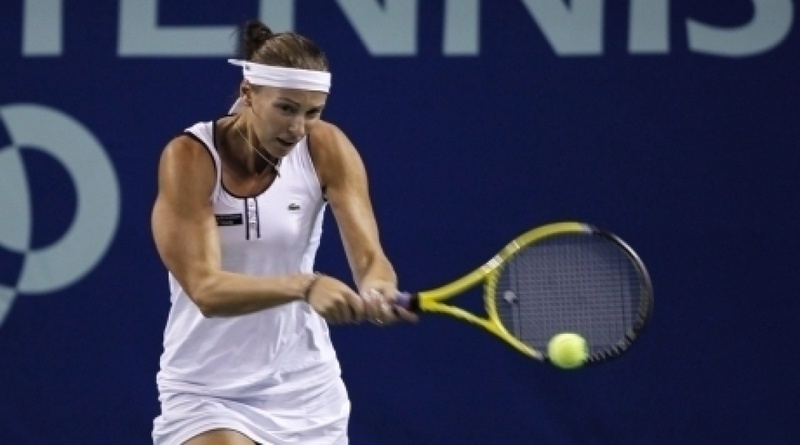 Yaroslava Shvedova. ©REUTERS/Toru Hanai
Kazakhstan tennis professional Yaroslava Shvedova won over her Kazakhstan team mate Sesil Karatantcheva in the first round of Women Whirlpool Monterrey Open tournament that was held in Mexico, Tengrinews.kz reports, citing Sportlive.kz. The two-hour match finished 6:1, 4:6, 6:3. Karatantcheva reached the first round of the tournament after the qualification round while Shvedova got a wild card (tournament or playoff berth awarded to an individual or team that has not qualified through normal play) by the organizers of the event. “It was very difficult to play against my friend! The match was very good and I am happy that I have reached the second round!” Shvedova said after the match. She will play against the winner of the match between French Mathilde Johansson and Luxembourgian Mandy Minella. Shvedova and Karatantcheva has already played against each other during the second round of Birmingham tournament this year. Karatantcheva happened to be stronger than her team mate 6:4, 6:4.