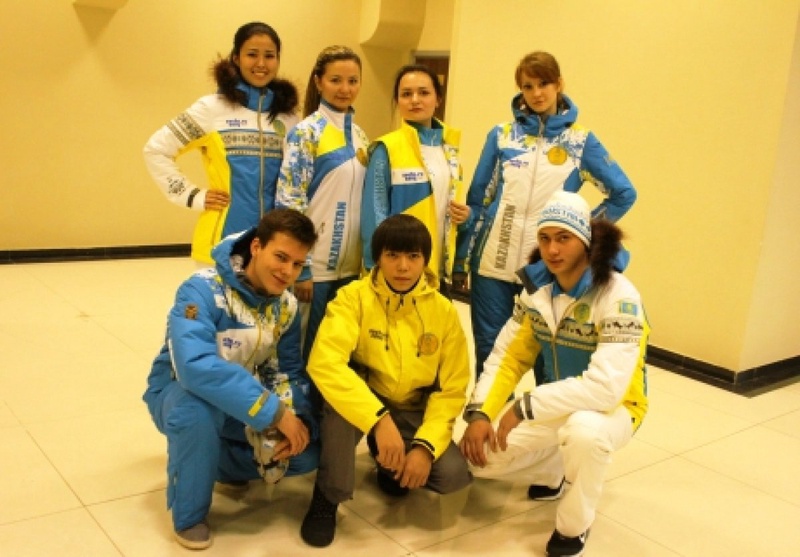 ©vesti.kz
Kazakhstan uniform for the Sochi Olympics has been unveiled. The full set of 25 items costs $2,300, Tengrinews citing Vesti.kz. This is only a little cheaper than the Vancouver Olympics uniform set that cost $2,500. 157 sets of the uniform will be made for the Sochi Olympics. According to Yelena Svechnikova, Director of Almaty-based clothes maker KazSPO-N, the uniform kit of the Kazakhstan national team will contain 25 items, including dress uniform, training uniform, head wear, scarf, base layer apparel, sweater and sunglasses. The uniform is based on the colors of the Kazakhstan national flag - sky blue and bright yellow. Ornaments from the ancient monuments discovered at the territory of Kazakhstan are used as decoration on the outfit. Svechnikova says that the decorations have the form of stone sculptures, ancient writings and petroglyphs (cave drawings) of bulls, panthers, sun-head creatures and mounted riders. The company consulted Kazakhstan's leading historians before making the design. The 22th Winter Olympics in Sochi will be held on February 7-23, 2014. Photos courtesy of KazSPO-N