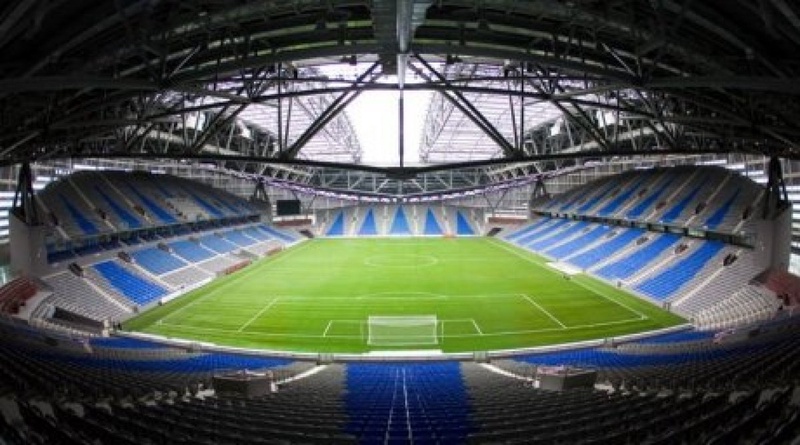 Astana-Arena stadium. ©celtsarehere.com
Astana has become an official candidate for hosting the matches of the UEFA Football Championship in 2020, Vesti.kz reports citing the official website of the UEFA. 32 countries have submitted their application to host the football matches of the UEFA championship: Armenia (Yerevan), Azerbaijan (Baku), Belarus (Minsk), Belgium (Brussels), Bulgaria (Sofia), Croatia (Zagreb), Czech Republic (Prague), Denmark (Copenhagen), England (London), Finland (Helsinki), France (Lyon), Macedonia (Skopje), Germany (Munich), Greece (Athens), Hungary (Budapest), Israel (Jerusalem), Italy (Rome and Milan), Kazakhstan (Astana), Netherlands (Amsterdam), Poland (Warsaw and Chorzow), Portugal (Lisbon and Porto), Republic of Ireland (Dublin), Romania (Bucharest), Russia (St Petersburg), Scotland (Glasgow), Serbia (Belgrade), Spain (Madrid, Barcelona, Bilbao and Valencia), Sweden (Solna), Switzerland (Basel), Turkey (Istanbul), Ukraine (Kyiv and Donetsk) and Wales (Cardiff). "We are extremely proud to see the huge interest in the bidding process, with more than half of our member associations willing to host matches at Euro 2020."The finals will be a great celebration of football across the European continent and the 60th anniversary edition will be truly special by really coming to the doorstep of all football fans," the UEFA President Michel Platini said. The UEFA President Michel Platini suggested that instead of having one host country the Euro 2020 could be spread over "12 or 13 cities" across the continent. UEFA used a similar system for the the UEFA Under 17 Championship's 'Elite Round' where each of the seven groups was hosted by a different country. On 6 December 2012 UEFA announced that the 2020 Finals would be held in multiple cities all over Europe to mark the sixtieth anniversary of the tournament. The selection of the host cities will not mean an automatic qualifying berth is awarded to the national team of that nation. UEFA reasoned that the pan-European staging of the tournament was the logical decision at a time of financial difficulty across Europe. Reaction to UEFA's plan was mixed across Europe. Schedule of the process: 28 March, 2013 - Approval of the bidding requirements and bid regulations 26 April, 2013 - Publication of the bid regulations, bid requirements and launch of the bidding phase 12 September, 2013 Formal confirmation of candidate cities by their respective football associations 20 September, 2013: Announcement of candidate cities by the UEFA Executive Committee 25 April, 2014 - Submission of bid dossiers September, 2014 - Appointment of the host cities by the UEFA Executive Committee