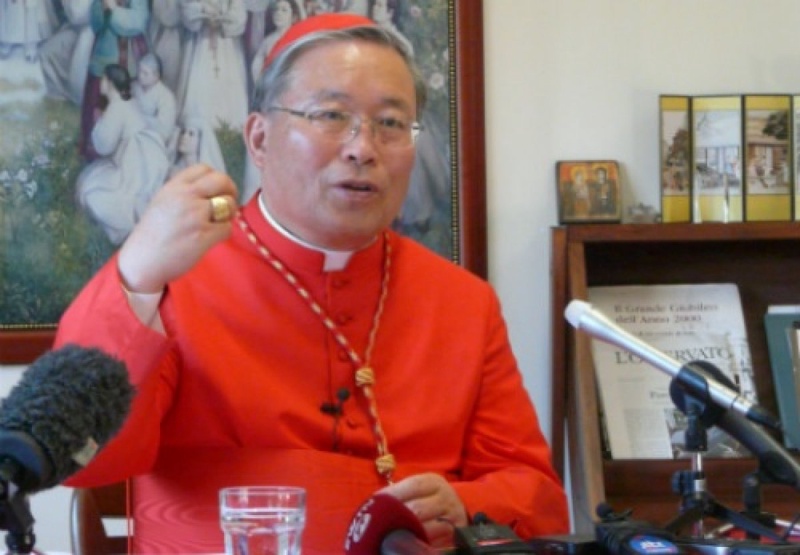 A South Korean cardinal visited the North on Wednesday in the first trip of its kind, an official said, ahead of a visit by Pope Francis to Seoul that Catholic authorities hope will promote peace between the neighbours, AFP reports.

Kaesong, which lies about 10 kilometres (six miles) north of the tense border, was established in 2004 as a symbol of inter-Korea cooperation.

"(Yeom) will give words of encouragement to South Korean managers there and visit factories and medical clinics," Park Soo-Jin told reporters.

But she rejected any suggestion that the one-day trip had potential political implications, saying Yeom would not meet with North Korean officials while in Kaesong.

Yeom's visit came ahead of Francis' five-day stay in South Korea in August, the first papal visit here since John Paul II's in 1989.

"We hope the papal trip will contribute to inter-Korean reconciliation and peace," Yeom said when it was announced in March.

Cross-border tension has been high for months, amid signs that the impoverished but nuclear-armed North may be preparing to conduct a fourth atomic test and following the discovery of crashed spy drones in the South.

Seoul said this month that US experts had provided "smoking gun" proof that the drones were flown from North Korea, but Pyongyang has angrily denied any link.

Yeom sought to visit the Kaesong industrial park last year without success, but Pyongyang finally gave him the green light on Monday.

Other senior but lower level members of the South Korean Catholic Church have visited the North in the past.

South Korean religious leaders -- many from Buddhist or Protestant groups -- have occasionally visited the isolated North for cultural exchanges.

Although religious freedom is enshrined in the North Korean constitution, it does not exist in practice and religious activity is severely restricted to officially-recognised groups linked to the government.

South Korea has more than five million Catholics in its 50-million population.

At Kaesong, more than 50,000 North Korean workers produce goods from shoes to watches at factories of some 100 South Korean firms, which benefit from cheap, Korean-language labour.

Hundreds of South Korean managers also work in the complex, which is heavily guarded by the North's military.