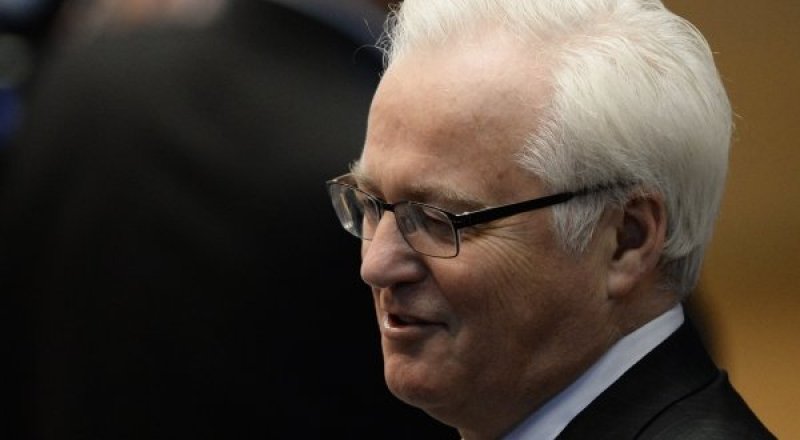 Russia said Wednesday it was considering details of how to establish a UN team to investigate chemical weapons attacks in Syria, holding up final Security Council approval to launch the probe, AFP reports.

A key ally of President Bashar al-Assad's regime, Russia last month joined the 14 other council members in adopting a resolution setting up the team. It was a rare display of unity over how to address the four-year war.

UN Secretary-General Ban Ki-moon last week informed the council of the specifics of his plan to set up the three-person panel.

The council was given five days to respond to the proposal but that deadline passed on Tuesday without action after Russia refused to sign off on Ban's blueprint for the mission.

"We are still working on it," Russian Ambassador Vitaly Churkin told reporters. "It's a fairly technical subject and we want to be absolutely sure."

The United States pushed for the UN chemical weapons probe after a wave of chlorine gas attacks that the West blames on Assad's forces.

Diplomats said that Moscow was seeking to put a stronger focus on alleged chemical weapons use by the Islamic State group in Iraq and Syria.

There have been reports that IS fighters used mustard gas in attacks last month against Kurdish fighters in Iraq and in the northern Syrian town of Marea, near Aleppo.

"What they are trying to do is draw attention to the fact that ISIL is using chemical weapons in Iraq," said a Security Council diplomat, using another acronym for Islamic State.

"There is no reason in our view to hold up a mechanism set up for Syria to take into account anything happening in Iraq," he said.

The panel will work with The Hague-based Organization for the Prohibition of Chemical Weapons to identify those behind the use of the banned deadly agents.

Chemical attacks in Iraq
Once the proposal is approved, Ban will appoint experts to the panel, which could then begin its one-year mission. It will report its first findings to the council 90 days later.

UN spokesman Stephane Dujarric said Ban would give the council more time, probably a day or two, to study details of the probe.

Churkin said Russia had asked for clarification concerning the financing of the panel to ensure its impartiality. He also raised concerns about possible chemical attacks by IS.

"Clearly it should be a concern because ISIL does not recognize borders," he said.

The Russian envoy said a new UN resolution might be needed to address chemical weapons use in Iraq but that this was under discussion with the Iraqi government.

Syria agreed to a US-Russia plan to dismantle its chemical weapons arsenal and join an international treaty banning their use following a 2013 sarin attack on a Damascus suburb that sparked a global outcry.

But rights groups and Syrian doctors have since come forward with accounts of dozens of chlorine gas attacks that have in particular targeted Idlib province.