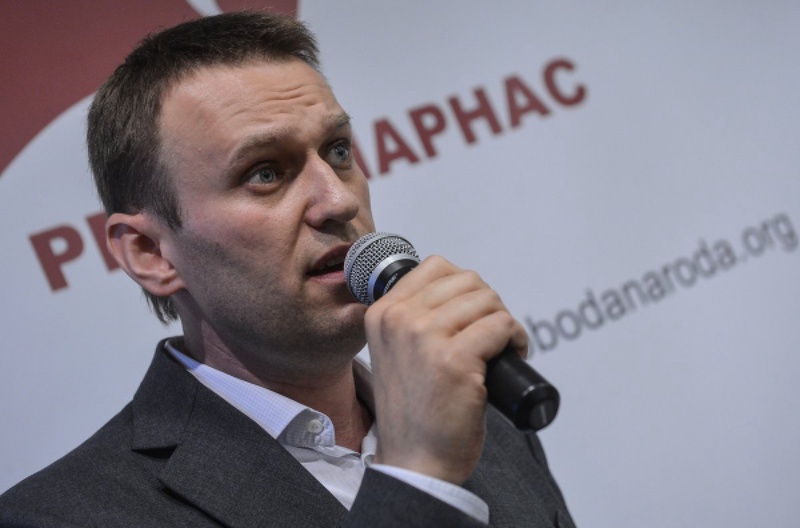 ©RIA NOVOSTI
Russia's top opposition figure Alexei Navalny faced the uphill battle of getting on the ballot for Moscow mayor on Saturday after being nominated for the post by other leaders of the country's nascent protest movement, AFP reports. The 37-year-old lawyer by training became the star of the street protests that erupted in Moscow more than a year ago by orating some of the most fervent speeches against President Vladimir Putin's 13-year-rule. He drew ever-larger crowds through charisma and simple slogans that branded the ruling elite as "the party of crooks and thieves" -- a phrase that has since been debated on Kremlin-controlled television. Navalny also won a strong Internet following by blogging about corruption and even starting a movement devoted to unearthing particularly startling examples of lavish state spending on lawmakers and ministers. His nomination for mayor came late Friday at a meeting of the RPR-Parnas party -- a tiny group that includes former prime minister Mikhail Kasyanov. "Alaxei Navalny has officially been nominated for Moscow mayor," his spokeswoman Anna Veduta tweeted. "Navalny is a candidate for Moscow mayor," tweeted fellow protest leader Ilya Yashin. "A total of 88 Parnas activists voted in favour of the candidacy. There were eight against," he said. Navalny now faces the uphill task of collecting 73,021 signatures necessary for registration on the September ballot against Kremlin-backed Moscow Mayor Sergei Sobyanin. Some 110 of these have to come from the 1,810 deputies serving various functions in Moscow district governments. But Navalny's job is complicated to a much greater extend by a series of criminal hearings that have been launched against him in recent months. Their total has reached about half a dozen and Nalanvy himself has jokingly said that he has lost of how many years in jail he may potentially face. The most serious -- and the one on trial now -- involves the alleged theft of a piece of forest that belonged to a regional Russian administration where Navalny once served as an informal adviser. There have already been 13 court hearings in the Kirov region that have forced Navalny and his team to travel outside Moscow and defend their case. Navalny faces up to 10 years in jail if convicted in that case.