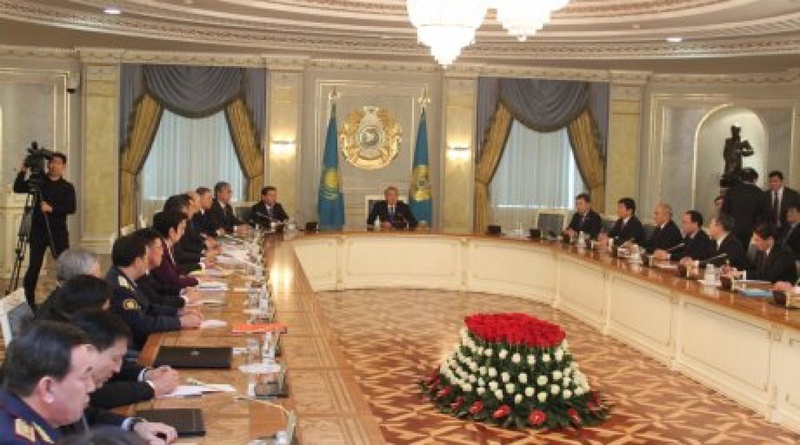 Marat Abilov ©
At the extended government sitting on Friday Kazakhstan’s President Nursultan Nazarbayev criticized the Cabinet for their inability to attract foreign investments, a Tengrinews.kz journalist reports. “Industrialization is only possible when there are transnational companies (…) in partnership with which we can start large-scaled industrial facilities (…) either you will do it or there will be another Government to accomplish the task. Kazakhstan has a lot of advantages that are not put to good use”, President said after hearing Erbolat Dossayev, the country’s Minister of Economic Affairs and Budget Planning. “When it comes to attraction of foreign investments to bolster industrialization and S&MBs (…) there are some international institutions that want to participate in Kazakhstan’s industrialization endeavors. Why haven’t they come yet? There should be a list of their requirements and their requirements should be met [in order to attract investments], he added. Besides, the President expressed his dissatisfaction with how the earlier tasks have been accomplished. “Last October I hosted a sitting and set 33 assignments for the Government to accomplish. The time is due; only 30% has been accomplished (…) for instance, the issue of shadow economy is still pending (…) No concrete measures have been taken by Minister Dossayev in charge”, he said.