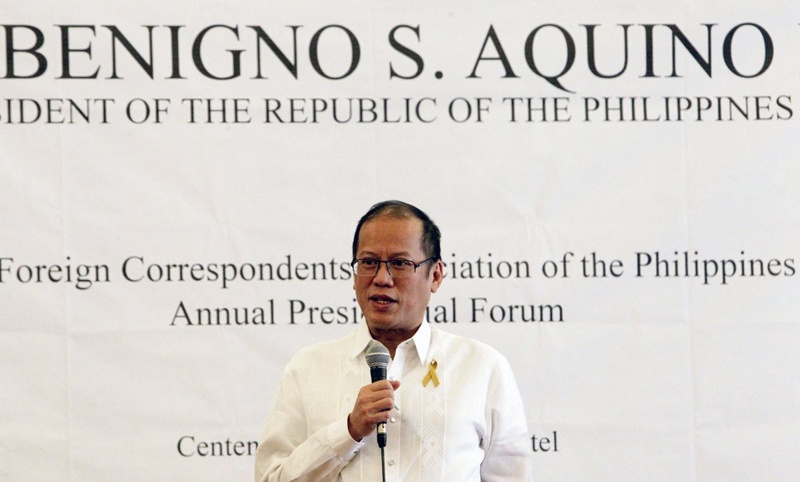 The fresh debacle at Terminal 1, used by foreign airlines, came as millions of Filipinos begin travelling for the Easter holidays during one of the hottest months of the year.

"We ask for your pardon and patience," Aquino said in remarks to reporters aired live on national television.

The transportation ministry also issued a separate public apology Wednesday, on the eve of four-day Easter holidays in the Catholic Philippines that begin on Maundy Thursday.

The apologies came amid numerous complaints by irate travellers this week over inadequate air conditioning in some parts of the airport.

Aquino said the air conditioning system of Terminal 1, the oldest of its passenger gateways, was underagoing rehabilitation and some of the units had to be shut off.

He said that while the government had tendered for replacement parts in November last year, deliveries would only start in August.

"With the strict rules of government, you cannot just order (an airconditioning unit) today and have it delivered in just 30 days," Aquino said as he made the rounds of Manila's ports and air terminals for safety checks.

The Manila airport's Terminal 1 was rated as the world's worst as of last year, for the second year in a row, by online travel website "The Guide to Sleeping in Airports".

Manila airport authorities have been renovating the terminal, built in 1981, but say the ageing building is handling far more travellers than its intended capacity of six million per year.

Despite the official apologies, some critics were not mollified, using social media to vent their ire.

Senator Pia Cayetano, tweeting about the air conditioning problem, said: "Did they have to wait for the president to find a solution?"