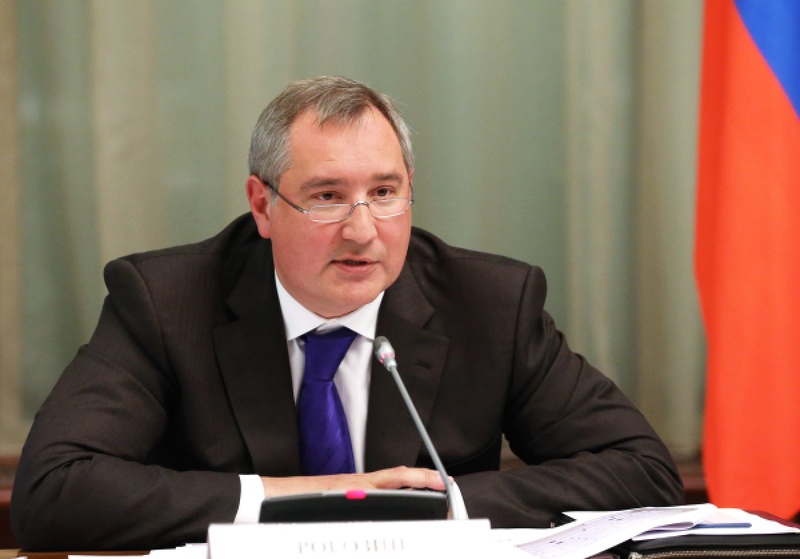 Deputy of Russian prime minister Dmitry Rogozin. ©RIA NOVOSTI
Russian officials on Wednesday reacted coldly to the call by President Barack Obama to jointly reduce nuclear weapons stockpiles by a third, saying the United States should address Moscow's concerns over missile defence first, AFP reports. "How can we take seriously this idea about cuts in strategic nuclear potential while the United States is developing its capabilities" to intercept Russia's weapons, deputy prime minister Dmitry Rogozin asked. "Clearly, (Russia's) political leadership cannot take these assurances seriously," said Rogozin, who oversees the defence sector and the nuclear industry, according to the state-owned Itar-TASS news agency. "The offence arms race leads to a defence arms race and vice versa," he said, speaking after a government meeting with President Vladimir Putin in Saint Petersburg that focused on Russia's defence sector. His remarks followed the call on Russia by the US President in Germany to reduce strategic nuclear weapon stockpiles by up to a third, taking them to the 1,000 weapon mark. Although Putin did not react directly to Obama's proposal, he said at the meeting that Russia would not let its nuclear deterrent be undermined. He said that Russia is faced with a situation in which countries are developing offensive capabilities by building up mid-range missiles and sophisticated non-nuclear weapons, and while the United States has worked to reconfigure its missile shield, the project is still going ahead. "We cannot allow the balance of the system of strategic deterrence to be disturbed or the effectiveness of our nuclear force to be decreased," Putin said. Russian diplomats have additionally told Washington ahead of Obama's speech that cuts should include other nuclear armed states, not just Russia and the United States, according to Kremlin foreign policy aide Yury Ushakov. "The situation now is not like in the 1960s and 1970s when only the United States and the Soviet Union held talks on reducing nuclear arms," Ushakov said at a briefing in Moscow. "Now we need to look more broadly... and increase the circle of participants in possible contacts on this matter." Russian lawmaker Alexei Pushkov, who heads the foreign policy committee of the Duma or lower house of parliament, further said it would be "impossible" to decrease strategic offensive weapons as long as the missile shield issue remains a concern. "As long as this issue is not resolved, it is impossible to agree to a decrease in strategic weapons, and so far no resolution is in the picture," he said. Further cuts are "something for a very long-term perspective," he told the Interfax news agency. The previous ground-breaking cut was agreed by United States and Russia in 2010 as part of the Strategic Arms Reduction Treaty (START) that Obama signed together with then president Dmitry Medvedev. The treaty restricts the former Cold War foes to a maximum of 1,550 deployed warheads each. It was one of the greatest legacies of Medvedev and Obama before Putin returned to the Kremlin last year for a third term. Russia and the United States jointly control 90 percent of the world's nuclear weapons, with Russia's total inventory numbering 8,500 warheads at last count. Disagreements over the missile shield over Europe have plagued Russia-US relations for years. Moscow sees it as directly undermining its own capabilities despite Washington's assurances that the system focuses on regional threats such as Iran and North Korea.