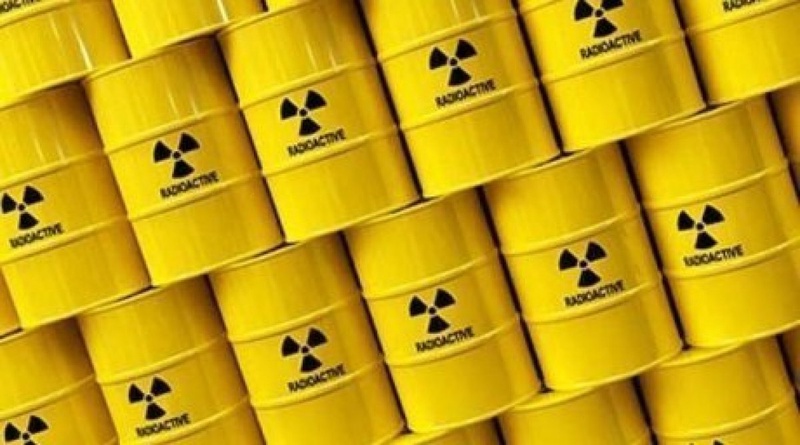 Photo courtesy of altaynews.kz
When speaking at the nuclear security summit in the Hague, Kazakhstan’s President Nursultan Nazarbayev said that Kazakhstan would be working on the full cycle of nuclear fuel production to feed nuclear power plants, according to his website. He stressed that the initiative of holding global summits on nuclear security once voiced by US Pesident Obama has played a crucial role to strengthen peace and safety in the world. He also emphasized that the summits had become a forum to find solutions to major issues on the international nuclear agenda. President Nazarbayev reiterated Kazakhstan’s commitment to global nuclear security and outlined a few vectors to work along. One of the major vectors is universal nuclear disarmament as the only guarantee of nuclear security. Another vector is to counteract nuclear terrorism and eradicate its foundations. “At the same time, the anti-terror campaign shouldn’t impair nations’ right for peaceful nuclear programs, exchange of technology and equipment. Kazakhstan plans to work on the entire cycle of nuclear fuel production and construct nuclear power plants”, he said. Head of Kazakhstan emphasized that Kazakhstan speaks in favor of raising IAES’s role and in favor of creating new nuclear-free zones, including in the Middle East. He reminded that Kazakhstan is ranked 15th in the Nuclear Threat Initiative Nuclear Materials Security Index. “The nuclear materials security is propped by the stable political and economic situation, effective legislation, and counter-corruption measures. Following the closure of the Semipalatinsk nuclear testing site and renouncement of the 4th largest nuclear arsenal [in the wake of gaining independence from the USSR], Kazakhstan in partnership with Russia and the USA liquidated the testing site’s infrastructure. Works are still under way to ensure safety and security of the former testing site. The nation’s nuclear activities are monitored by the IAEA. We have supported the Agency’s initiative to launch an international low-enriched uranium bank and are completing talks with the Agency to host the bank in our territory”, he said. Head of Kazakhstan stressed that the summit was being held amidst a crisis of the global security. “Kazakhstan believes it important for nuclear powers to stick to their commitments. Two decades ago Kazakhstan like Belarus and Ukraine contributed to the global nuclear security. Kazakhstan voluntarily renounced its sizeable nuclear arsenal and joined the Treaty on Non-proliferation of Nuclear Weapons. We all should be concerned over irresponsible statements made by some politicians calling to return the nuclear power status to Ukraine, a country that is home to 5 nuclear power plants, 15 atomic reactors, and that has a missile technology potential”, President Nazarbayev said, adding that “the world can and must get united to meet today’s threats just like in the wake of September 11, 2001”.