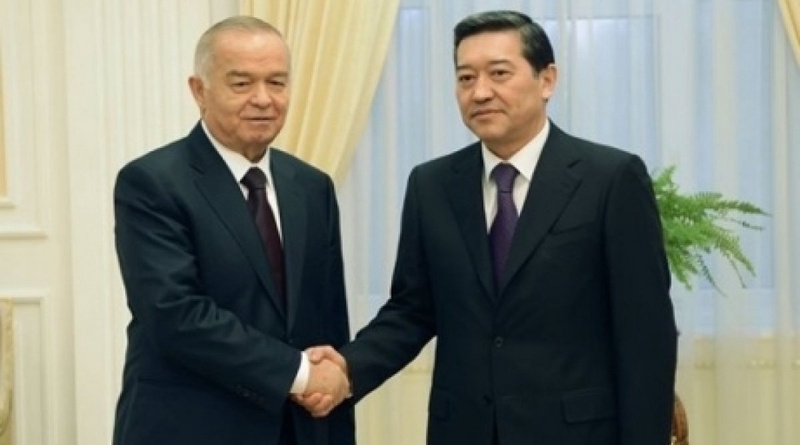 Meeting of Serik Akhmetov with Islam Karimov. Photo courtesy of Kazakhstan Prime-Minister's official website
Kazakhstan Prime-Minister met with Uzbekistan President Islam Karimov during his visit to Uzbekistan, the Prime-Minister’s official website writes. They discussed development of trade and economic cooperation and exchanged their opinions on the prospects of further enhancement of the bilateral relations. At the meeting Akhmetov stated that Kazakhstan payed special attention to development of mutually beneficial cooperation with Uzbekistan and passed greetings from Kazakhstan President Nursultan Nazarbayev to Islam Karimov. “We think highly of the results of your official visit to Astana in September this year. Kazakhstan government has started implementing the agreements reached during the president’s visits to the two countries,” the Prime-Minister said. Uzbekistan President stressed the special nature of relations between Kazakhstan and Uzbekistan. “First of all because we have established trust and friendly relations,” Karimov said. On December 21 Serik AKhmetov met with his Uzbekistan colleague Shavkat Mirziyeyev.