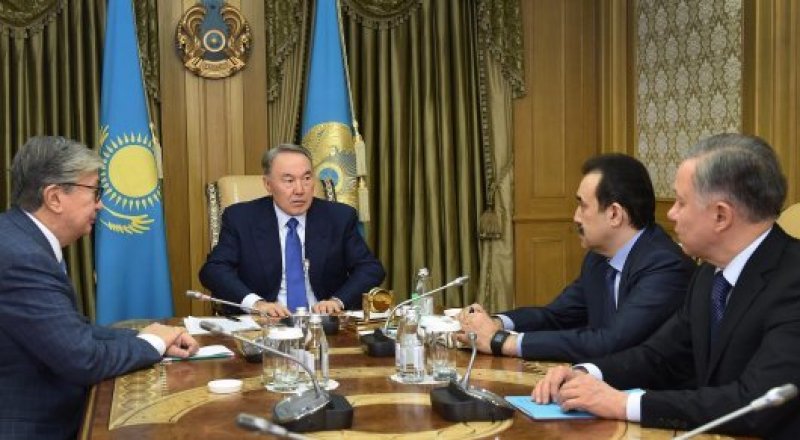 Kazakhstan expects dissolution of the Majilis, the lower chamber of the Parliament of Kazakhstan, almost a year before the end of their term, Tengrinews reports.

On January 13, representative of all three factions of the Kazakh parliament filed a petition for dissolution, saying that Kazakhstan was entering a new phase of history and beginning a new spin of modernization and reforms.

The petition was presented by the leader of the Communist People’s Party of Kazakhstan MP Vladislav Kosarev.

"Only unity and concerted actions will help us withstand the new economic shocks. To synchronize implementation of reforms at all levels, it is necessary to combine the elections to the Parliament with the elections to the local Maslihats (local representative body). In the times of crisis, this will prevent delays in the electoral cycle and significantly reduce budget expenditures for organizing and conducting the elections,” his appeal to the President said.

"The current Majilis has fulfilled its historic mission of creating the legal framework for the Plan of the Nation. Parliament has passed about 80 laws; the parliament has developed Road Maps for implementation of each of the President’s five constitutional reforms. And now, when Kazakhstan is entering a new historical period, when modernization of the country begins, the political will for implementation of all the presidential reforms is crucial and the political parties need to receive a new vote of confidence from the voters,” the MPs' petition said.

After the voting, Chairman of the Majilis Kabibulla Dzhakupov announced that the petition to dissolve the Majilis was unanimously supported by its members. During the plenary session, the deputies agreed to request President Nazarbayev’s approval for the early dissolution of the Majilis and call for snap parliamentary elections.

According to the Constitution of  Kazakhstan, the country's President is the one to consider MPs’ petition for dissolution of the Majilis, but before making the final decision he is supposed to consult with the Speakers of both chambers of the Parliament and the Prime Minister. After that the President has a right to dissolve the Majilis. If the Majilis is dissolved, early elections should be conducted within the following two months after the Majilis’ dissolution.

Kazakhstan’s President Nursultan Nazarbayev has already met with the Chairman of the Majilis Kabibulla Dzhakupov, Prime Minister Karim Massimov, and Chairman of the Senate Kasym-Zhomart Tokayev to discuss the parliament’s request.

So far, the President has expressed no objection to the parliament’s proposal to dissolve the Majilis. During one of the meetings, Nazarbayev called the petition a relevant one in the context of the economic reforms that are currently being implemented in Kazakhstan and the situation on world markets. The President also pointed out that opinion polls showed that Kazakhstani people generally supported the proposal for early Majilis dissolution. Thus, Nazarbayev’s reaction to the parliament’s request seems to suggest that the President is likely to approve the Majilis' petition.

If the President dissolves the Majilis, its new members will be elected according to the closed list system, where electorate votes for political parties that then determine the order in which their candidates enter the parliament. Currently, the Majilis has 107 elected members, with 98 of them directly elected via the closed list system, and 9 members elected by the Assembly of People of Kazakhstan. The current parliament of the fifth convocation consists of members of 3 parties that managed to overcome the threshold of 7 percent of votes during the elections, including the ruling Nur Otan Democratic People's Party, Democratic Party of Kazakhstan Ak Zhol (Bright Path), and the Communist People’s Party of Kazakhstan. Majilis members are elected for a 5 year term.  The seats in the current parliament of the fifth convocation were determined by the snap elections on January 15, 2012 after the early dissolution of the parliament of the fourth convocation. Now, once again, new snap elections, are expected to redistribute 98 seats of the Majilis between the members of the parties capable of overcoming the 7 percent threshold.

If the Majilis is dissolved early, and snap election is called, there is a possibility that Kazakhstani government will also be dissolved. According to Article 70, clause 2 of the Constitution of Kazakhstan, the Prime Minister asks the newly elected Majilis’ for a vote of confidence. In case the Parliament expresses vote of confidence to the government, the President still can dismiss the government and the country’s ministries by dissolving the Cabinet of Ministers. But if the new Parliament expresses no confidence in the government, the government resigns and the country's President has 10 days to accept or not accept the resignation.

Representative of the Nur Otan parliamentary faction Gulzhana Karagusova commented on the prospects of the Kazakh government by saying that she was sure that there would be a readjustments in the Cabinet of Ministers, Contur.kz reports. According to her, the worsening economic situation and the looming crisis require changes in the Kazakh government makeup.

A majority of Kazakh political experts agree that the early dissolution of the parliament is caused by the unstable economic situation in Kazakhstan. A MP from the Nur Otan faction Nurlan Abdirov openly declared that the decision to hold early elections was made due to the aggravated economic situation in the country.

Kazakh political analyst Daniyar Ashimbayev does not consider the MPs’ decision anything extraordinary. On the opposite, Kazakhstan has ample experience of conducting snap elections. Additionally, the looming economic crisis provides a justification for such political move. “Currently, the external economic environment is, unfortunately, unfavorable for Kazakhstan. … This cannot but affect the social situation in Kazakhstan in the form of escalation of social tensions. To ensure that this topic does not become a subject of political speculations and manifestations of radicalism, the ruling parties have decided to initiate snap elections 10-11 months prior to the end of the parliament’s mandate. That is, they decided to hold elections now, while the social situation in the country is still good.”

The leader of the Ak Zhol political faction Azat Peruashev also commented on the parliament’s decision and emphasized that it was important for business people and entrepreneurs to have confidence in the future political and economic stability. "Let's ask the people which parties they trust in this difficult time, which parties should continue to work in the Parliament. We need early elections now, we need predictability and confidence in the future,” Peruashev said.

Political expert Daniyar Ashimbayev also noted that the snap elections would legitimize the new parliament by giving the Kazakhstani parties the support and trust of the people.

Political analyst Marat Shibutov said that snap elections would allow the leaders to learn whether the people have trust in the ruling parties. The early dissolution of the Majilis and the subsequent snap elections would show if the electorate supported the government’s policies. Besides, the people would be able to express their discontent. Therefore, this move would be a good development for democracy in Kazakhstan.

However, not all the experts agree with this opinion. According to Kazakh political expert Dosym Satpayev quoted by Forbes.kz, the early dissolution of the Majilis would bring no real change to Kazakhstan’s political arena - the leading party Nur Otan faces no real opposition in the forthcoming elections, and pro-presidential parties would be merely imitating competition.

Therefore, no real changes are to be expected from the prospective snap elections, he said.