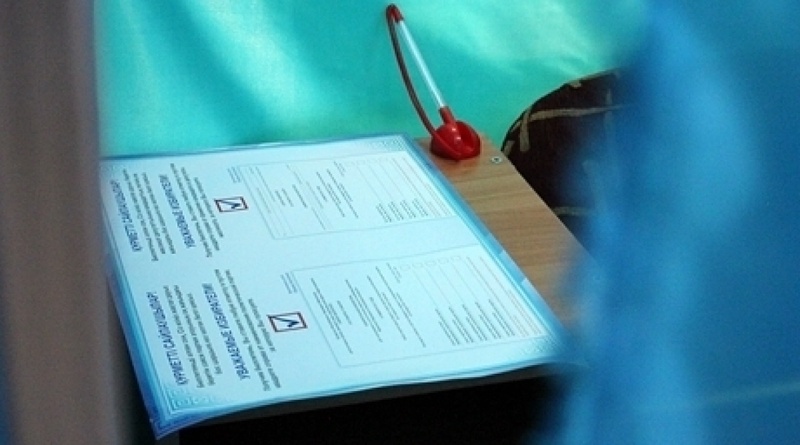 Photo by Yaroslav Radlovskiy©
On January 17 Kazakhstan Central Election Commission announced the final results of the Majilis elections, Tengrinews.kz reports. Nur Otan party won with 80,99 percent of votes. Ak Zhol and Communist People’s Party of Kazakhstangot into the parliament with 7.47 and 7.19 percent of votes respectively. The results of other four parties are as follows: National Social-Democratic Party - 1.68 percent, Kazakhstan Social-Democratic Party Auyl - 1.19 percent, Party of Patriots of Kazakhstan - 0.83 percent, Democratic Party Adilet - 0.66 percent. The voters turnout made 75.45 percent. The early Majilis elections were held in Kazakhstan on January 15, 2012. The lower chamber of parliament was dissolved on November 16, 2011 after the deputies’ request to the President to dissolve them. Among other reasons they referred to a necessity to run the election cycle in Kazakhstan before the new wave of the global financial crisis strikes, as well as Kazakhstan’s adherence to multi-party ideas and political pluralism and a need for an at least bipartisan parliament. Kazakhstan President Nursultan Nazarbayev raised the idea the multi-party parliament several times.