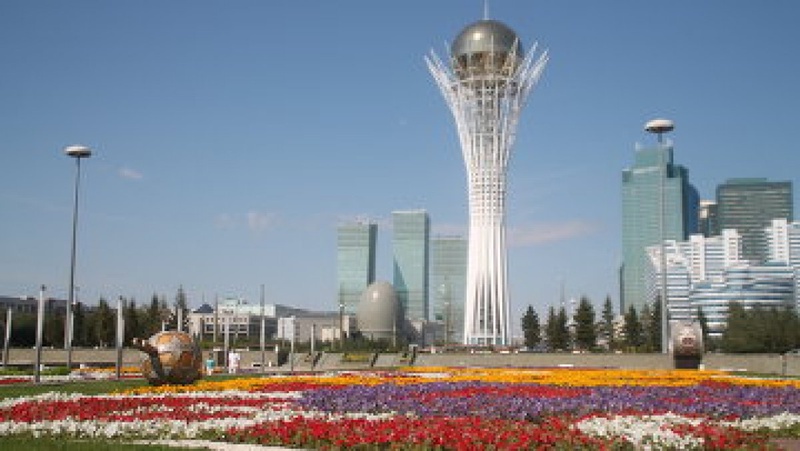 Astana city has celebrated the 16th anniversary of its international presentation as the capital of Kazakhstan, Tengrinews reports citing Newskaz.ru.

The Supreme Council of Kazakhstan made the decision to move the capital from Almaty to Astana (then called Akmola) on July 6, 1994. July 6 was later made the official Day of Astana in Kazakhstan.

The city of Astana became the capital of Kazakhstan on December 10, 1997. Later, on May 6, 1998 the city was renamed from Akmola to its present name Astana. The international presentation of the new capital was held on June 10, 1998.

Astana was made the capital of Kazakhstan for several reasons.

Almaty city, the former capital of Kazakhstan, had a rather large population and was surrounded by mountains that limited its growth. These to combined left no room for its further expansion. Besides, Almaty is location in a seismically active area, which is a huge danger to the capital and the country itself. Third, due to an increased population, an ecological situation left much to be desired.

History shows that a transfer of a capital usually give a powerful boost to political, economic and social development of the country and attracts a large number of foreign investors.

In this case, the transfer of the capital contributed to the increase of investments by almost 30 times, and growth of the gross regional product by 90 times.

In the end of the 20th century, Kazakhstan faced a huge challenge of turning Astana, then city of virgin lands, into a new highly developed regional hub. Hundreds of construction companies participated in the making of the new capital.

In 1999 the new capital of Kazakhstan received UNESCO award Cities for the peace. This reward is given to cities proven to be socially and economically successful, with developed municipal sector, and contributing to the world culture.

The territory of Astana now exceeds 700 square kilometers and its population approaches to one million people. The city has three districts - Almaty district, Saryarka district and Yesil district.

Today, Astana is a major political, administrative, business and cultural center of Kazakhstan. All central authorities of the country, embassies, headquarters of domestic and foreign companies, leading universities, up-to-date medical centers and significant cultural institutions are located in Astana.

"Here, on the ancient land of Sary-Arka, not just the capital, but the cradle of the country's future has emerged. The history of Astana city and destiny of Kazakhstanis are inseparable from each other. The capital represents the strength, stability and dynamic development of our country. Astana has become a bright, strong, prosperous city that unites all the Kazakhstanis. Our capital is the heart of our motherland, the symbol of our people's belief in their strength and great purpose. Friendship of more than 100 nationalities, mutual understanding and solidarity - these are the basis of the new Astana and Kazakhstan,” Nazarbayev said in one of his speeches about Astana.