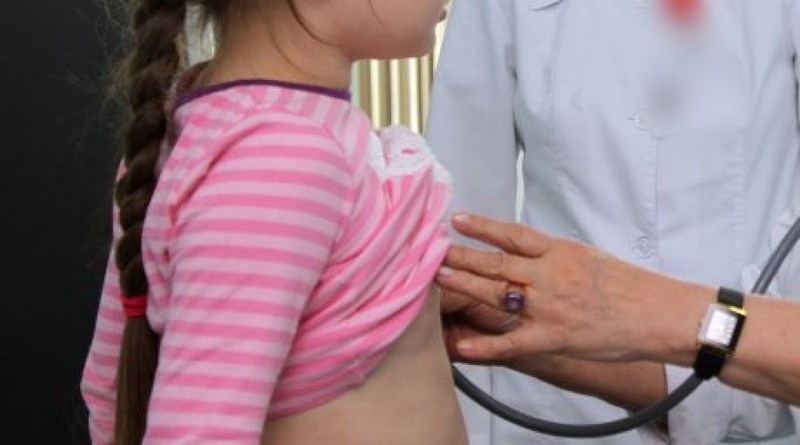 Photo © Marat Abilov
Kazakhstani orphans are falsely diagnosed with heavy illnesses to be later adopted by foreigners while childless Kazakhstanis continue to wait for their chance of adoption,
Continuation
1.
Falsely diagnosed orphans and abandoned children of South Kazakhstan Oblast
Tengrinews quotes Kanat Seidgapbarov of the Prosecutor General’s office as saying. In Kazakhstan, in accordance with the Hague Adoption Convention, the intercountry adoption is considered only in case a child cannot be placed in a family in Kazakhstan. In most cases, orphans available for intercountry adoption are children diagnosed with inborn heavy illnesses. “Since 1999, there have been only 20 children officially considered handicap that have been adopted. This means that foreigners are mostly adopting healthy infants. Naturally, Kazakhstani couples on the waitlist have questions in this regard. Usually, the explanation (given to wait list couples) is that children adopted by foreigners, despite not being officially considered handicap, were seriously ill. But the analysis of these cases shows that the explanation is not all that legit. In particular, there were cases of children falsely diagnosed with serious illnesses, ” Seidgapbarov said during the meeting of the Prosecutor General’s Office. He brought up an example of a 11-month old girl who was diagnosed with infantile cerebral paralyses and spastic tetraparesis. Doctors from the Children’s Home in Shymkent concluded that there were no couples ion Kazakhstan interested in adopting the girl due to her condition. However, in 5 month after adoption, American doctors recognized the girl as healthy. “Such cases of false diagnosis took place in Astana, Atyrau, East Kazakhstan and Almaty Oblasts. Fabricated diagnosis is not the only method of manipulation in adoption,” Seidgapbarov noted. Another example Seidgapbarov brought up was the case of a 5 y.o boy adopted by an Italian couple. “Guardianship services presented documents stating that the boy was offered for adoption to our citizens several times, but all of them have refused in a written form. But in fact those letters were fictitious. Kazakhstani adoptive parents who were supposedly offered to adopt this child, in fact have never seen him,” the representative of the Prosecutor General’s Office said. He added that the biological mother of the boy was not aware that she had been deprived of her parental rights. “We have lodged a protest against the judicial act,” Seidgapbarov added. Kazakhstan citizens and relatives of a child have a priority right in adoption. “International adoption is possible only if after three month a child has been listed in centralized records. Before that, a child has to be on the initial record and then after two month on the regional record. Therefore, a child would have to be a minimum of 6 month old for an international adoption to be effected legally,” he said. At the same time, during the period of 1999-2006, foreign adoptive parents adopted 237 children without following the required procedures and dates. Every second child (165 out of 237) was adopted aged from 2 to 6 month. “This situation brings to impairment of priority rights of relatives and Kazakhstan citizens for adoption of our children. After all, a child must be offered for international adoptions only when there are no possibilities for him or her to be adopted in the home country, ” Seidgapbarov concluded. The Prosecutor General's Office suggested creating a centralized database for Kazakhstan orphans that would include orphans from all regions and information about possible adoptive parents. The database will minimize the interference of the Guardianship services. Officially registered candidates for adopting a child will be able to access the information regarding orphans directly. For future adoptive parents it will also eliminate the possibility of missing a child because he or she was not included in any databases for some unclear reason, said Seidgapbarov. He admitted that the pilot project requires a certain amount legislative support. “We believe this is exactly a case when our experience dictates to us that we have to change things in our legislation for the social good,” Seidgapbarov said. By Altynai Zhumzhumina