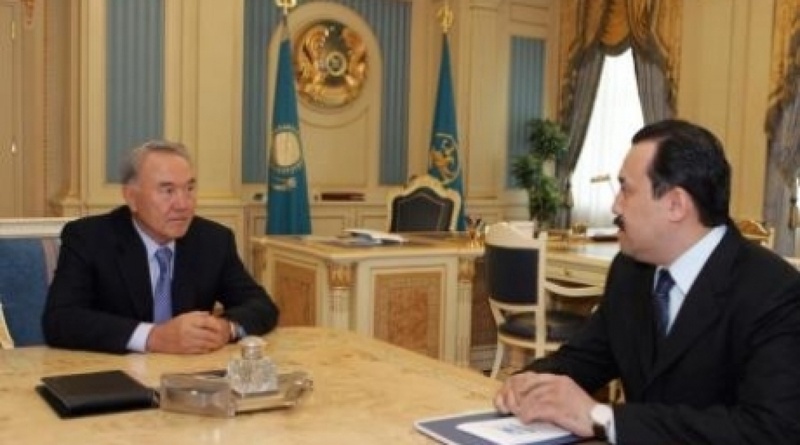 Nursultan Nazarbayev met with Karim Massimov. Photo courtesy of akorda.kz
Today, September 26, Kazakhstan President Nursultan Nazarbayev met with Prime-Minister Karim Massimov,
Continuation
1.
Massimov reminded of joint responsibility of government for saving record grain harvest
Tengrinews.kz reports citing the President's official website. Karim Massimov reported that over 25 million tons of grain will be harvested by the end of the year, while over 20 million tons have already been harvested. “According to the Minister of Agriculture and the governors, the harvest will be preserved in spite of it being so huge,” Karim Massimov said. “As per your instructions, the budget was amended in the part of subsidies for grain transportation and purchase by KazArgo. All this will yield the needed results and we have this situation under control. The grain collected by massive efforts of farmers has to and will be preserved.” Prime-Minister said that an extended government meeting on grain harvest will be held tomorrow, September 27. “It is very important to save such a great harvest, export it in time, so that agricultural producers do not lose money and receive enough funds for further development,” Nursultan Nazarbayev said.