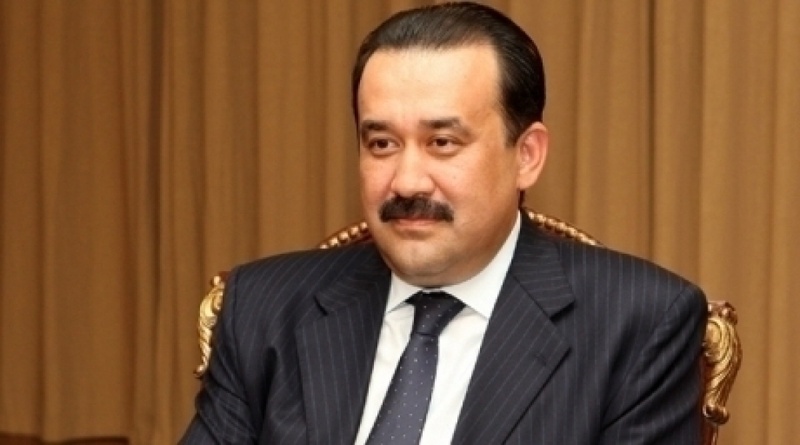 Kazakhstan’s Prime Minister Karim Massimov. Photo courtesy of government.kz
September 26 PM Karim Massimov reported to President Nazarbayev on the current economy performance, including on fuel market figures. “Late August Kazakhstan was facing fuel shortages as our fuel production capacities cannot fully meet the domestic demand. The demand will only be met in December 2014 when all the oil refineries are fully overhauled”, PM Massimov said. When speaking before the country’s Majilis (lower chamber) May 11, Kazakhstan’s O&G Minister Sauat Mynbayev said that Kazakhstan may start construction of a new oil refinery in 2020. “Before the year 2020 processing capacities of the current three refineries [based in Pavlodar, Atyrau and Shymkent] can meet the domestic demand”, he said at the time. As of today, according to him, Kazakhstan-based refineries process a bit over 13 million tons a year. Plans are there to increase oil processing up to 17 million tons by 2015. The three facilities are to go through overhauls within the program to modernize oil processing facilities in 2010-2014. In 2010, the three refineries processed a total of 13.7 million tons of crude, 570 000 tons over the plan. It was reported earlier that since the start of the year petrol price had grown by 17.4%, with prices set by oil refineries growing by 23%. Retail prices for diesel fuel have grown by 20% since the start of the year. Retail prices set by the Government in September look as follows: $0.72 per liter of AI-92/93; $0.58 per liter of AI-80; and $0.61 per liter of diesel fuel. Besides, Tengrinews.kz reported that In January – July 2011 petrol production in Kazakhstan had dropped 16% as compared to the like period of 2010. According to the stats, production figure for the period made up 1.5 million tons, 15.9% down against the same period of 2010.