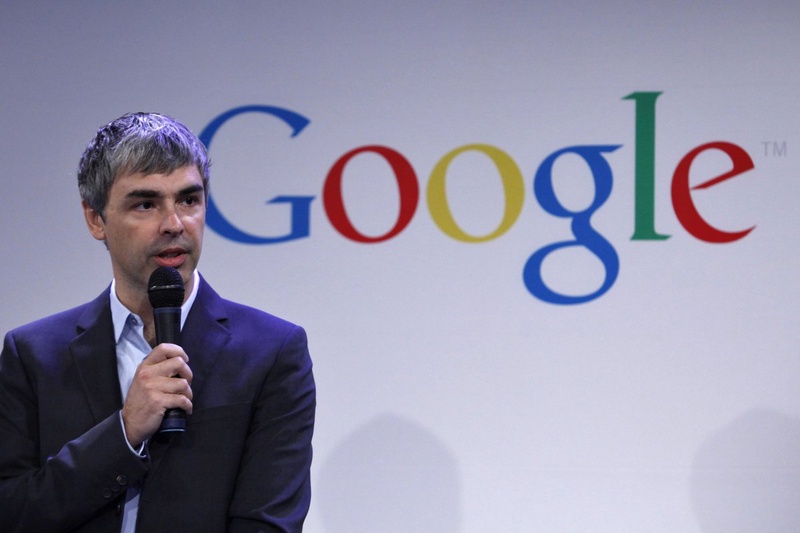 Google CEO Larry Page. ©Reuters/Eduardo Munoz
Google co-founder Larry Page condemned US government snooping on the Internet as a threat to democracy, AFP reports. His comments came during an on-stage chat at a prestigious Technology Entertainment Design gathering, where a day earlier fellow Google founder Sergey Brin had a virtual encounter with National Security Agency leaker Edward Snowden. A photo of Brin smiling with a robot remotely controlled by Snowden from a refuge in Russia, where the wanted man is in hiding, was tweeted by TED curator Chris Anderson and became an instant online hit. "It is tremendously disappointing that the government sort of secretly did all this stuff and didn't tell us," Page said. He reasoned that details of suspected terrorist threats should remain cloaked but that the parameters of what US intelligence agents do, along with how and why they do it, should be public. "We need to have a debate about that or we can't have a functioning democracy; it is just not possible," Page said. "It is sad that Google is in the position of protecting you and our users from the government doing secret things nobody knows about; it doesn't make any sense." Spying backlash peril As smartphones and sensors synched to the Internet obtain and share increasing amounts of data about where people are and what they are doing, Page said it was critical for people to be given choices of how it is used. He was concerned, though, that privacy fears and a backlash to online spying would result in blocking uses of personal information for beneficial purposes. He noted how shared medical information, on an aggregate scale and made anonymous, could help researchers develop treatments and patients select doctors or map medical care. "We are not really thinking about the tremendous good that can come from people sharing the right information with the right people in the right ways," Page said. Page gave the example of going public with details of trouble with his voice. "On your show, I kind of lost my voice and I haven't gotten it back," Page joked with Rose. "I am hoping that by talking to you I am going to get it back. Get out your Voodoo doll and do whatever you need to do." Web bill of rights Earlier in the day, on the same TED stage, the father of the World Wide Web urged those in the conference's influential and innovative community to fight to keep life on the Internet free and open. Tim Berners-Lee rallied support for creating a bill of rights for the Internet this year in the wake of revelations about extensive government surveillance. Berners-Lee launched his Web We Want campaign last week as the Web turned 25 years old. He has repeatedly called for fewer controls on the Web, and has praised Snowden for revealing details of how the US government collects masses of online data. Berners-Lee conceived the Web 25 years ago in his spare time at Geneva-based CERN, Europe's top particle physics lab. "I want to use this anniversary to think about what kind of Web we want," Berners-Lee said, referring ideas to a Webat25.org website. NSA to respond Former intelligence contractor Snowden emerged from his Russian exile Tuesday in the form of a remotely-controlled robot to promise more sensational revelations about US spying programs. The fugitive's face appeared on a screen as he maneuvered a wheeled android around the TED gathering, addressing an audience in Vancouver without ever leaving his hideaway. "There are absolutely more revelations to come," he said. "Some of the most important reporting to be done is yet to come." Snowden used the conference to launch a global call to fight for privacy and Internet freedom. He endorsed Berners-Lee's quest for a global Magna Carta laying out values and rights on the Internet. Berners-Lee briefly joined Snowden's interview with TED curator Chris Anderson, and put the leaker in the hero camp. National Security Agency Deputy Director Rick Ledgett will appear at the TED gathering early Thursday via video link as a counterpoint to Snowden's talk, according to Anderson.