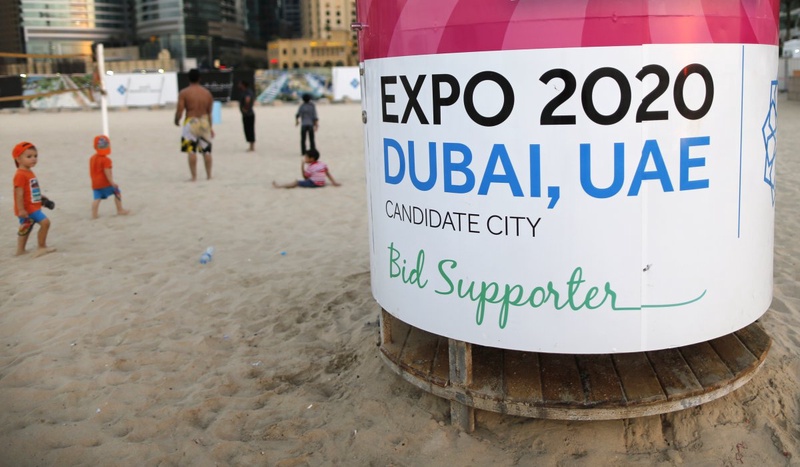 ©Reuters/Ahmed Jadallah
Russia, the United Arab Emirates, Turkey and Brazil will Wednesday find out if their chosen cities have won the right to host the 2020 World Expo, an event which boosts tourism and business, AFP reports.
Continuation
1.
Fireworks at world's tallest tower as Dubai wins Expo 2020
The four nations will pull out all the stops in a high-pressure presentation in Paris. Each country will have 20 minutes to showcase their city. The 168 member states of the International Exhibitions Bureau (BIE), which oversees the organisation of these large-scale events, will then vote electronically for their favourite. Brazil, which is already gearing up to welcome the World Cup next year and the Olympic Games in 2016, has put forward its most populous city Sao Paulo as a candidate. It is competing with the historic Turkish city of Izmir, Ekaterinburg in Russia's Ural mountains region and Dubai in the United Arab Emirates. The results of the vote are due Wednesday evening and will be published on the BIE's website. The World Expo which showcases technology, architecture and culture is held every five years. Shanghai was the last host city and Milan is next in line in 2015. If Dubai -- home to the world's tallest tower, largest man-made island and one of the world's busiest airports -- is selected, it will be a first for an Arab country. Mega-event to boost trade and jobs The glitzy Emirati city has said it would present a "positive" image of tolerance in a region rocked by turmoil. According to local officials, 40 percent of the estimated 227,000 new jobs expected to be created if the city bags the expo will be in the tourism and travel sectors. The site chosen for the event, if Dubai is successful, is spread over 438 hectares (1,082 acres) and located between the international airports of Dubai and Abu Dhabi, the capital of the Emirates. The bustling metropolis of Sao Paulo, meanwhile, has highlighted its culture of tolerance with communities from all around the world living in the 11-million-strong city and dismissed security concerns following a surge in violence last year. Brasilia has pledged federal aid if required to help the city foot the $3 billion (2.2 billion euro) bill, which shoots up to $9 billion if transport infrastructure is added. Sao Paulo is Latin America's top business and convention hub and the world's seventh largest city. It currently accounts for 75 percent of all business fairs and exhibitions held in Brazil and ranks 12th in the world as host of international events. As for Izmir, a city on Turkey's western coast, it already bid for a chance to host the 2015 Expo but lost out to Milan. Known as Smyrna throughout most of its history, Izmir was one of the first human settlements in the Mediterranean area. It emerged as a flourishing international trading post as a crossroads between Europe and Asia, and is also believed by some to be the birthplace of ancient Greek poet Homer. Described by the Turkish government as the "pearl of the west" with a sunny Mediterranean climate, the city of about four million is a major tourist attraction with a palm-lined renovated waterfront, archaelogical treasures and ancient ruins and nearby golden beaches. As for Russia, it is presenting the industrial city of Ekaterinburg as part of a bid to develop the Ural region into a hub for technology and innovation, and attract more tourists to this lesser-visited part of the country. With a population of 1.4 million, Ekaterinburg is Russia's fourth largest city and is touting itself as a business hub. According to the Russian edition of Forbes magazine, it has the country's best business climate.