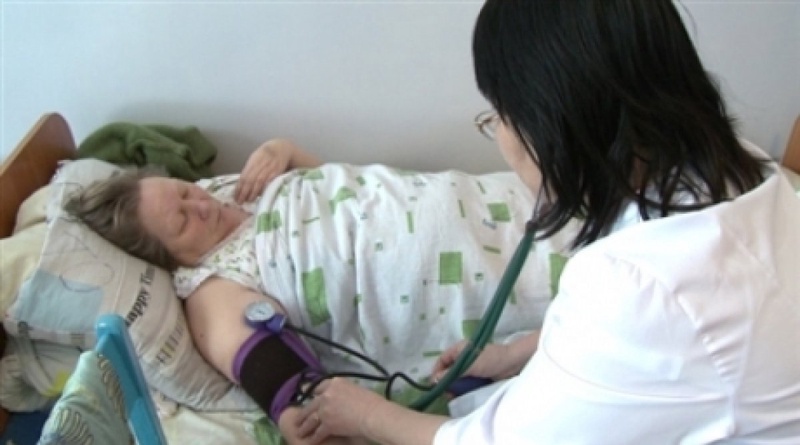 Photo a courtesy of news.gazeta.kz
A team of finest ecologists, virologists and toxicologists have arrived to the Kalachi village of Akmola Oblast to determine the cause of the mysterious sleep syndrome that has affected more than 30 villagers,
Continuation
1.
Preliminary findings: Kazakhstan's sleep syndrome not infectious
2.
One more Kalachi native falls asleep to wake up in Kokshetau
3.
7 thousand tests cannot explain sleep syndrome
4.
Kalachi - Kazakhstani village where sleep is nightmare
5.
Kazakhstani scientists explain Kalachi sleeping syndrome
Tengrinews reports citing KTK. It is the first time such a team of research scientists has been gathered to deal with the issue. They will have to find the cause of the sleep syndrome and come up with a plan for countermeasures. If the scientists find a serious health hazard then villagers will be evacuated from Kalachi. “We have separated our team into two groups. The first group will be examining the patients. The second group will be gathering data in the village. We have some preliminary data from the tests. At the moment, out main goal is to determine the cause of the illness as soon as possible,” Yesenbai Akadilov of the Healthcare Department of Akmola Oblast said. The first case of the sleep syndrome was registered back in spring of 2013. Villagers aged from 14 to 70 sought medical help due to fatigue, drowsiness, loss of coordination and partial loss of memory. Later in January of 2014, more patients were admitted to the local clinic with similar syndromes. The patients would just fall asleep for a number of days straight. Despite all the attempts to uncover the truth behind the mysterious illness, doctors and researches have not found the poisoned apple or any other cuasefor the sleep syndrome.