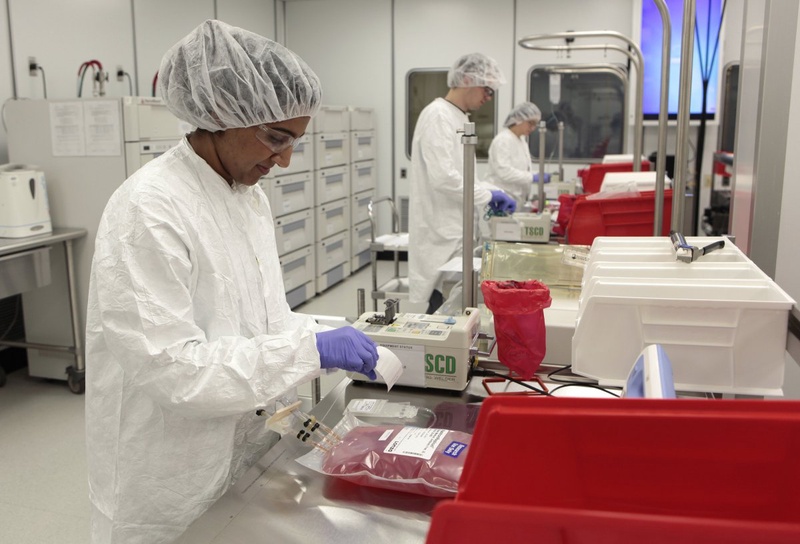 ©REUTERS/Rebecca Cook
Japan's government on Friday gave its seal of approval to the world's first clinical trials using stem cells harvested from a patient's own body, AFP reports. Health Minister Norihisa Tamura signed off on a proposal by two research institutes that will allow them to begin tests aimed at treating age-related macular degeneration (AMD), a common medical condition that causes blindness in older people, using "induced Pluripotent Stem (iPS) cells". Stem cell research is a pioneering field that may offer a cure for conditions that are presently incurable, and scientists hope these clinical trials on a treatment for AMD may offer hope to millions of people robbed of their sight. A government committee last month approved proposals for the tests, which will be jointly conducted by the Riken Center for Developmental Biology and the Institute of Biomedical Research and Innovation (IBRI) Hospital in the western city of Kobe. Riken will harvest stem cells, using skin cells taken from patients, a spokesman said. The trial treatment will attempt to create retinal cells that can be transplanted into the eyes of six patients suffering from AMD, replacing the damaged part of the eye. The transplant may be conducted as early as the middle of next year at the IBRI Hospital, he said. AMD, a condition that is incurable at present, affects mostly middle-aged and older people and can lead to blindness. It afflicts around 700,000 people in Japan alone. Stem cells are infant cells that can develop into any part of the body. Until the discovery of iPS cells several years ago, the only way to obtain stem cells was to harvest them from human embryos. This is controversial because it requires the destruction of the embryo, a process that religious conservatives, among others, oppose. Groundbreaking work done in 2006 by Shinya Yamanaka at Kyoto University, a Nobel Laureate in medicine last year, succeeded in generating stem cells from adult skin tissue. Like embryonic stem cells, iPS cells are also capable of developing into any cell in the body, but crucially their source material is readily available.