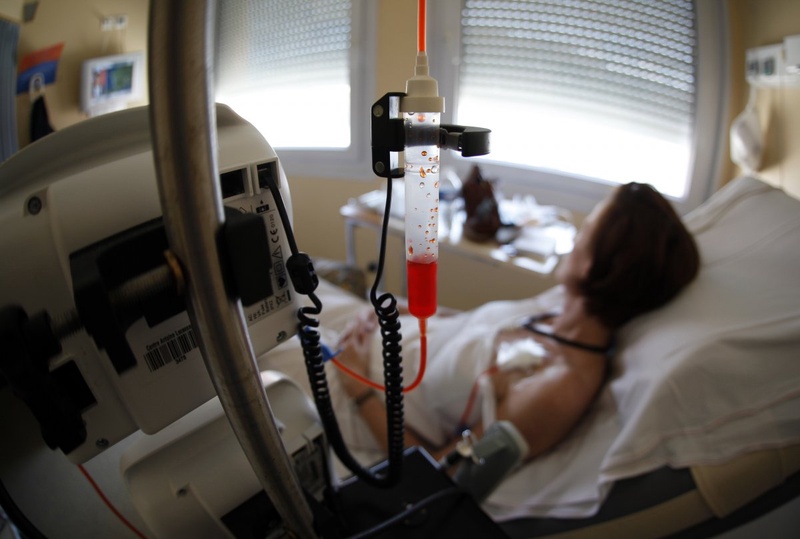 ©REUTERS
The benefits of preemptive breast cancer screening outweigh the risks, a study said Tuesday, insisting the practice saves thousands of lives, AFP reports. The new research adds to the debate about the dangers of overdiagnosis, which sees some women undergo invasive treatment for cancers that would never have made them ill or even been diagnosed were it not for the scans. "Breast screening extends lives," concluded a panel of researchers in The Lancet medical journal. The team had analysed data from other trials conducted over many years in Britain, where women aged 50 to 70 are invited for a screening mammogram every three years. The data, it said, pointed to a 20 percent reduction in mortality -- or one death prevented for every 180 women screened. This meant that the UK screening programmes "probably prevent about 1,300 breast cancer deaths every year," said the report. But there is a cost. Nearly 20 percent of breast cancer diagnosed by screening would never have caused any problems, said the study. The panel, set up to advise British policymakers, estimated that among every 10,000 women invited to screening from the age of 50 in the Britain, 681 cancers would be discovered, of which 129 would be overdiagnoses, and 43 deaths prevented. The report showed that "the UK breast-screening programme extends lives and that, overall, the benefits outweigh the harms," The Lancet wrote in an editorial. "Women need to have full and complete access to this latest evidence in order to make an informed choice about breast cancer screening." The team conceded there were limitations to its work, including that all the data scrutinised was more than 20 years old. Cancer experts have been at loggerheads for years about whether the benefits of screening outweigh the harm of overdiagnosis. All cancer, once picked up in the screening process, is treated, often with surgery as well as radio- and chemotherapy, as it is impossible to tell which growths would have remained undetected for the remainder of a woman's life. In August, medical experts Steven Woloshin and Lisa Schwartz wrote in the British Medical Journal (BMJ) that screening only narrowly decreased risks that a 50-year-old woman would die from breast cancer within 10 years -- from 0.53 percent to 0.46 percent. Up to half of women screened annually over 10 years experienced at least one false alarm that required a biopsy, they said. And in 2010, a report in the New England Journal of Medicine said mammograms have only a "modest" impact on reducing breast cancer deaths. The latest panel had been created by the national cancer director for England, Mike Richards and Cancer Research UK chief executive officer Harpal Kumar. Its work, said The Lancet, "should begin to lay the benefits versus harm controversy to rest".