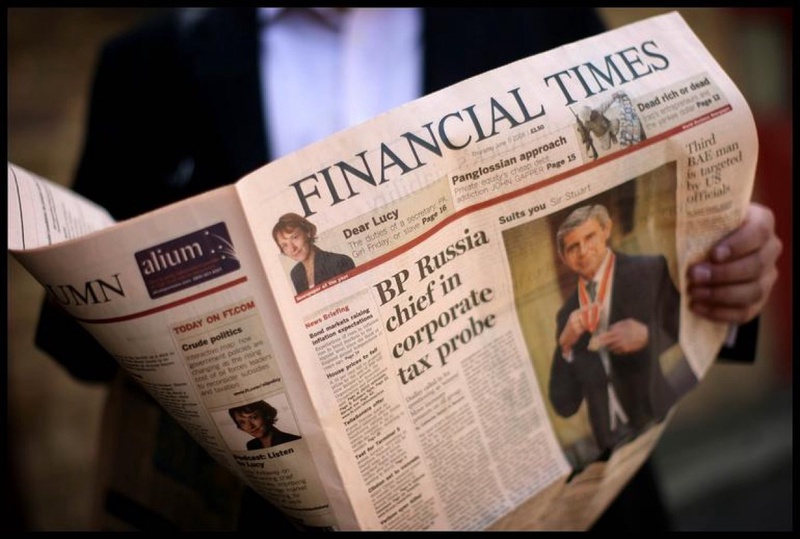 Photo courtesy of companion.ua
Media mogul Rupert Murdoch and Abu Dhabi's state media group are in talks to acquire the Financial Times Group for about $1.2 billion, AFP says citing a report. The move would see Murdoch add the respected Financial Times name as well as 50 percent of the Economist magazine to his vast empire, which already includes the Wall Street Journal and Dow Jones. The Edge Review, a regional political and business digital magazine based in Malaysia, said the talks had been progressing for more than a month with the owners -- London-based publishing and education giant Pearson. Citing financial executives familiar with the negotiations it said a decision could be finalised as early as next week. As well as the FT and Economist the deal also includes several high-end financial information services. It said financing details and shareholding structure of the new company that will own the FT group are being worked out. An executive familiar with the talks was cited by the Edge Review as saying the Abu Dhabi Media Group is expected to control roughly 75 percent of the venture with Murdoch picking up the balance. Murdoch is also negotiating to buy another 25 percent stake at a later date, it said. The Edge Review said that while the influence of oil and gas money from the Middle East has been focused on sports, the move to media was new and could radically reshape the global newspaper landscape because of Murdoch's involvement. In the past, Murdoch's conglomerate has made a string of high-profile acquisitions, including the Fox broadcast and Hollywood studios as well as the Wall Street Journal.