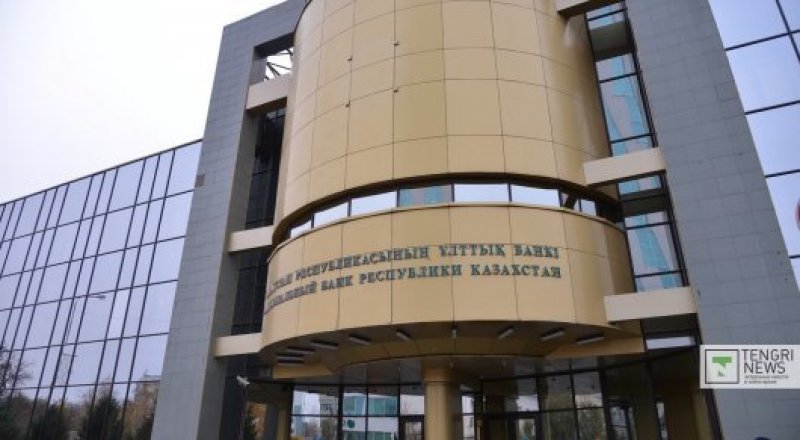 In the past few months, Kazakhstan's national currency tenge has plummeted significantly under the influence of external factors causing an upsurge in inflation in the country. The situation has once again gone back to what happened after the 2014 February devaluation - public loosing trust in the national currency. Some commentators blamed Kairat Kelimbetov, now former Governor of the National Bank for delayed decisions and inability to hold the national currency on the float. His recent resignation has caused another round of not-so-flattering commentaries. But among other things, Kelimbetov's resignation and possibly the appointment of  Daniyar Ashirov as the New Governor has pushed the national currency in the feared 300 KZT to $1 zone.

Economist Yevgeniy Kochetov said that the exchange rate landslide that followed was a result of the changes in the top management of the National Bank. He pointed out that there had been no any drastic changes in the Kazakh economy in general to affect the currency rate. "The situation at the financial regulator of the country has changed. The new Governor has been appointed. It was clear that Kairat Kelimbetov did not want tenge to go below 300 KZT per $1 and kept supporting it with various interventions. Now, Akishev has stepped into the office. I am more than certain that he has an different point of view. That is why the change of the exchange rate is a result of Akishev's appointment," Kochetov said.

Providing any predictions, according to the economist, is premature as the National Bank has not yet announced its new position. "Chances are we will be presented clear strategies of the financial regulator. But I do not expect the National Bank to completely leave the market. It is called the fear of a floating currency. It is manifesting itself here in full force. But on the other hand, the new Governor of the National Bank is a mysterious figure. So one cannot be 100% sure. We need to wait for the official announcement and make predictions after that," the economist said.

Kochetov advised Kazakhstanis against converting tenge into US dollars expecting the rate of the Kazakh currency to grow. He also noted that the 300KZT per $1 would cause an upsurge of inflation. "It is not a secret that the inflation in October amounted to 5.2%, while in December it will make 8.2%. The currency exchange rate in October was 275.5 tenge. If it remains at 300 tenge, the inflation upsurge cannot be avoided," he said. However, the economist noted that the new Governor Akishev was known to be quite good at inflation targeting and controlling the inflation rate in particular sectors of the economy.

Senior Analyst at Alpari Anna Bodrova, too, believes that the weakening of the national currency has been driven by the new Governor. However, Bodrova explained that the reason for that was the fact that the new Governor had not provided any official statements concerning the future monetary politics. Since Akishev was approved by the Kazakhstani Senate on November 2, he had not made any public statements.

According to Bodrova, the national currency dropped by more than 64% since the beginning of the year. "Such a significant strengthening of the US dollar and simultaneous weakening of the tenge can provoke acceleration of inflation by 2-4% by the end of the year. It is a dangerous game with too many unknown variables," Bodrova said.

According to Bodrova the likely range for the tenge exchange rate could be between 285 and 305 tenge per $1. She added that predicting the exchange rate at that stage would be “a thankless occupation”. “Only a couple days ago this currency exchange situation would have been unthinkable. In case the National Bank explains its position in the nearest future, the Kazakh national currency will continue falling by inertia and will stabilize later. Uncertainty for the tenge is the main enemy,” Bodrova explained.

Some view the increase of the currency rate as a sign of insufficient interventions. For instance, Senior Analyst of GK Forex Club Valeriy Polkhovskiy said that the market required equilibrium for all the participants. “The market could not find the equilibrium that would accommodate buyers and sellers alike. That is why the National Bank had to conduct interventions in September in October. Now the tenge will be seeking an equilibrium on the new level,” Polkhovskiy said.

According to the Senior Analyst, the National Bank could stay away from interventions until the situation reached “logical absurdity”. “The National Bank could remove itself from taking part in trading and the situation will be resolved by reaching a logical absurdity. The participants of the market will realize that this weakening of the tenge is too much and start selling the currency. We have observed something similar in Russia in December, 2014. Sometimes, a market needs to splash out the emotions to loosen up the participants,” Polkhovskiy said.

The weakening of the tenge against the US dollar, according to Polkhovskiy, will cause a temporary inflation burst. “However, chances are the National Bank will increase the rate and try saving a positive yield of tenge deposits,” he noted. Despite the possibility of the National Bank removing itself from trading, Polkhovskiy thinks the financial regulator will continue interfering in the market. “Judging by the new devaluation, the interventions have been conducted, but they were not enough. That is why the currency rate is seeking its equilibrium on other levels,” Polkhovskiy concluded.

As for the major financial institution of the country, its Deputy Chairman Kuat Kozhakhmetov announced that the National Bank would officially meet with journalist to discuss the recent changes soon.