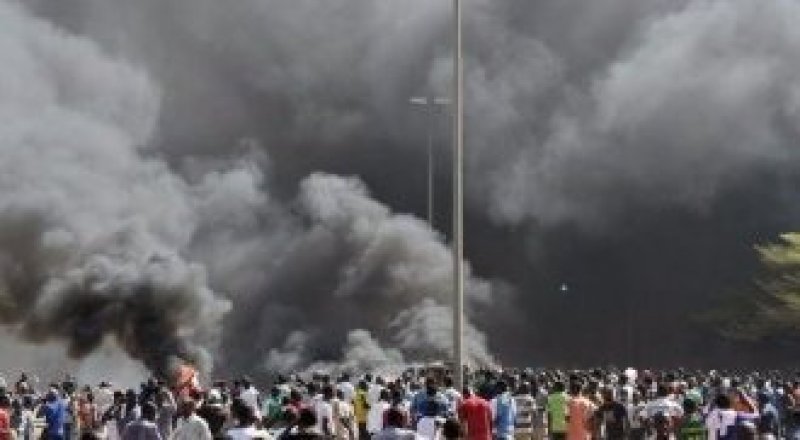 A huge explosion at an industrial gas plant in southeastern Nigeria razed nearby buildings and killed several people on Christmas Eve, police is quoted by AFP as saying Friday.

The blast at the Inter Corp Oil Limited gas plant, a subsidiary of Nigerian conglomerate Chicason Group, started at 1:00 pm on Thursday, swallowing the plant in a fire that gutted surrounding buildings and vehicles in Nnewi city.

Okechukwu could not confirm local reports that more than 50 people were killed, saying an investigation was underway.

"A few persons are feared dead after the explosion," Okechukwu said over the phone from Awka, the capital of Anambra State.

"As of yesterday evening, the underground tunnel tank was still burning, but it had been stopped from spreading to other facilities."

Nigeria is Africa's largest oil producer, deriving the bulk of its money through the commodity.

Accidents happen frequently in the country, where pipelines are often damaged by people stealing crude oil.

The country loses an estimated 300,000 barrels a day to gangs that syphon crude from pipelines in the oil-rich southern states, according to the state-owned Nigerian National Petroleum Corporation.