Gas and heating restored in storm-hit regions of Zhambyl oblast 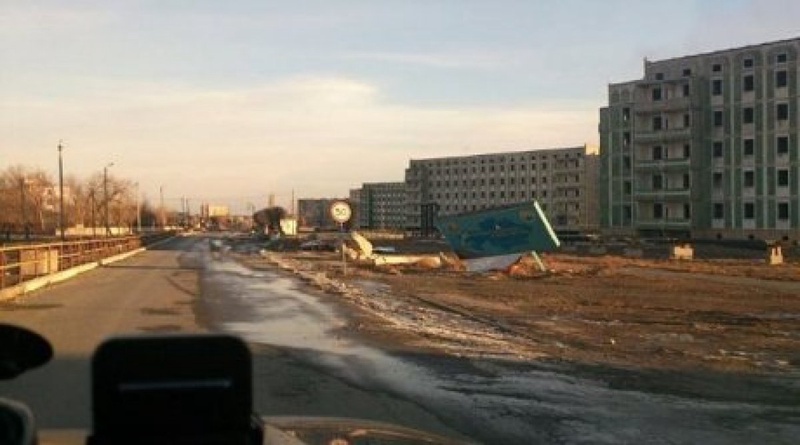 Storm consequences in Zhambyl oblast. Photo by Anton Akulov©
All residents of the disaster-hit Zhambyl oblast in south Kazakhstan have been reconnected to gas and heating supplies, KazTAG reports citing oblast administration. “Restoration works in Talas, Saryssu and Zhualyn regions are continuing. All regions have been fully connected to heating and gas. Power supply in Karatau and Zhanatas is being restored in a record short time,” the press-service of Zhambyl oblast administration wrote on January 19. The emergency group of Kazakhstan Emergency Situations Ministry and the forces of Almaty Emergency Situations Department left Talas region on January 19. The message states that young activists are helping clear up the debris. Around 400 activists of Zhas Otan party, oblast construction teams, members of Zhassyl Yel, students from Taraz and young people from Baizak and Zhambyl regions of the oblast are taking part in cleaning Karatau. “Young people are taking part in cleaning and restoration works around residential buildings and on city streets. The activists have already removed 150 tons of debris from the city and eliminated the threat of falling that used to be posed by 400 trees,” the message states. The storm that hit Zhambyl oblast on January 12 cut 68 villages off from power supply, damaged 375 power lines, wrecked 45km of power lines wire, tore off communication cables and damaged a digital radio-relay station. Roofs of 425 buildings were ripped off or damaged, including roofs of 158 residential houses. According to the preliminary calculations, the total damage is estimated at 2.8 billion tenge ($17 million). Kazakhstan government allocated 800 million tenge ($5.3 million) for elimination of the consequences of the storm. Administration of Zhambyl oblast has allocated 170 million tenge ($1.1 million) for restoration of disaster-hit regions. The storm hit Zhambyl oblast last Saturday and left several villages, Zhanatas and Karatau towns without electricity, water, gas and communications. Nearby Taraz city was affected by storm as well: its power lines were damaged, roofs of houses, hospitals, schools were ripped off, trees and road signs were scattered in the streets.