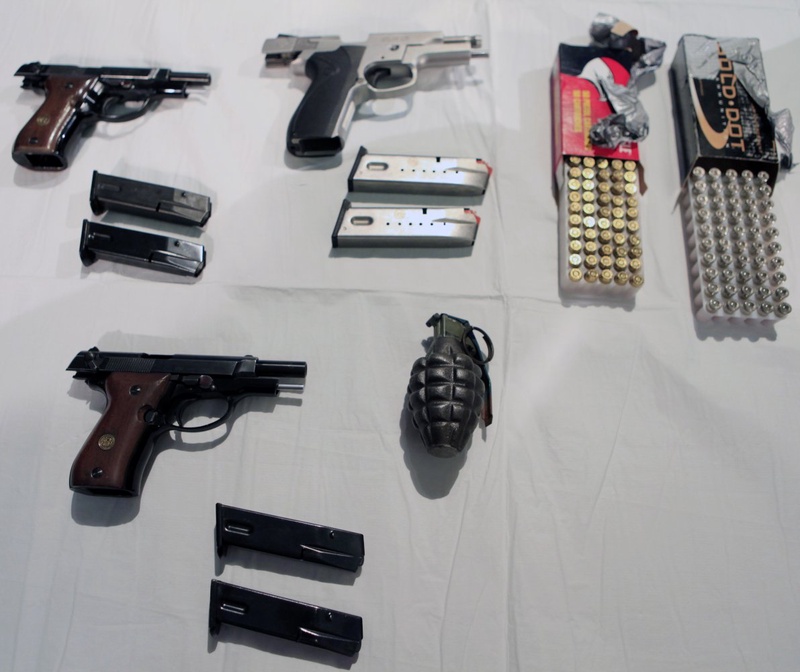 ©REUTERS/Mike Segar
A judge set bail at $2 million Tuesday for a US teenager accused of planning a Columbine-style attack on his school using explosives and guns, as macabre details emerged of the alleged plot, AFP reports. Grant Acord, 17, planned to declare "The Russian grim reaper is here" as he threw a "napalm firebomb" and open fire at the the West Albany High School in the northwestern state of Oregon, according to court documents. His mother claimed her son was suffering from a rare mental disorder, while a classmate who tipped off authorities told how he became concerned after Acord brought a bomb-making book to school. Acord appeared via videolink for a court hearing, where he was arraigned as an adult on charges of attempted aggravated murder, as well as six counts of manufacturing and possessing a destructive device. An affidavit detailed how police found six explosive devices -- two pipe bombs, two Molotov cocktails and two bombs made using Drano drain cleaner -- in a hiding place under the floorboards in his bedroom last week. Officers also found detailed handwritten and typed plans, including diagrams, to commit "mass murder" at the school in Albany, 70 miles (110 kilometers) south of Portland. There were multiple versions of the plans. In one he described how he would leave home "with stuff in trunk" at around 7:30 am, attend his first lesson and then go outside to "gear up." Turning his car stereo up loud, he intended to "get gear out of trunk, carry duffel in one hand, napalm firebomb in the other, walk towards school with 'airport stak' blasting out of car. "Drop duffel. Light and throw napalm, unzip bag and begin firing. Coolly state 'the Russian grim reaper is here'" -- a line from 2003 movie "Bad Boys 2" -- "If 3rd exit is blocked by napalm fire, or is locked, run to 1st entrance. "In either entrance, throw a smoke bomb prior to walking in. Proceed to enter the school, then shoot and throw bombs throughout the school. "Kill myself before SWAT engages me." Acord compared himself to Eric Eric Harris and Dylan Klebold, the two students who attacked Columbine High School in Colorado on April 20, 1999, killing 13 people and wounding 23 before turning their guns on themselves. A list of equipment included a black trenchcoat -- of the kind worn by Harris and Klebold, while items needed included material for a 20 pound propane bomb, as well as ammunition, a Hi-Point 995 rifle, and pump-action shotgun. Truman Templeton, the classmate who raised the alarm, told how he grew nervous and told his mother something was wrong, after Acord started talking about making bombs and brought detailed diagrams to school. "You never know if they're being funny or trying to sound macho or being serious," he said, according to the KATU television station. Templeton, 17 years old like Acord, added: "All I can say is what story would you want to see on the news? One person being arrested or dozens of kids dying because of a disaster that could have been prevented." Acord's mother meanwhile said her son suffers from a form of Obsessive Compulsive Disorder (OCD) called Pediatric Autoimmune Neuropsychiatric Disorders Associated with Streptococcal infections, or PANDAS. "I grieve for my son, but understand and support the efforts of law enforcement to keep our beloved community safe," Marianne Fox said in a statement cited by KOIN television's website. "This is a challenging and confusing time for everyone who knows Grant," she added.