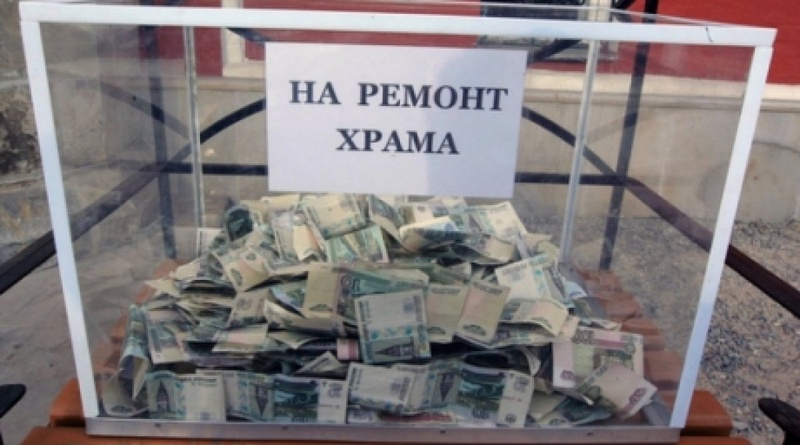 ©RIA Novosti
A group of men have robbed a local Orthodox church for 90 million tenge ($600 thousand) in Karaganda, Tengrinews.kz reports citing press-service of Karaganda oblast's Interior Department. According to the authority, the incident happened at night of August 13 in the Orthodox cathedral on Gapeyev street. The criminals stole money in the amount of 75 million tenge, 50 thousand Euro and 1.1 million rubles. Police apprehended three Almaty citizens born in 1988, 1989 and 1990. According to the suspects, they arrived in Karaganda on August 3 upon request of their friend who worked in the cathedral. “He said that there was money in the church and suggested the robbery. At night of August 13 we entered the church, stole the money and other valuables, he said. The criminals’ confession was confirmed by the seized evidences. They hid the goods in the bushes in Kungey region of Karaganda city. During the investigation they showed the place where the package was hidden,” the press-service states. According to head of state language and information division of Karaganda oblast Interior Department Zhanatai Sembekov, one of the criminals used to work in the robbed church. The suspects are kept in a temporary detention center. Investigation is in process.