What is Brexit for Kazakhstan? 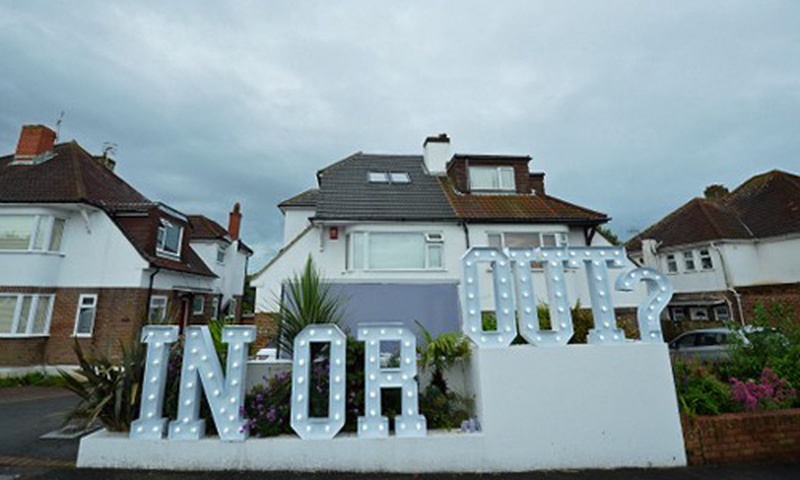 Withdrawal of the United Kingdom from the European Union, often shortened to Brexit, is a highly debated topic these days. The voting in a referendum on the country’s membership has taken place earlier today and everyone is eagerly awaiting the result, Tengrinews reports.

But what is Brexit for Kazakhstan? How is it going to influence the Kazakh national currency Tenge? What British businesses in Kazakhstan will be experiencing?

These and many more questions have become the topic of discussion of two leading financial experts from Saxo bank.

First off I think it’s important to realize that the Brexit vote has already been negative for growth and investment – the uncertainty surrounding this vote has slowed European growth. But the straight answer is … very little … The UK will continue to trade with the 7.0 bln people outside the EU!

As said above, yes, due to the uncertainty the vote itself has induced to world growth and outlook, but only marginally so. The main driver, and this important, to growth in Kazakhstan, remains whether or not the economy can create a more broad based industrial and service industry with increase openness – failing to do so is entirely up to the government not global conditions. Of course international commodity prices will continue to dictate the flow of money, but not future growth.

Question: How may Brexit affect the commodities market, especially the oil market?

More uncertainty, but do note that commodity prices have been rising despite lower growth in the Brexit vote – clearly the commodity cycle is running independently from the political cycle and rightly so.

Question: How may Brexit affect the Tenge rate?

If we see a weakness in global markets in the event of a Brexit, we could see some marginal downside for the KZT as emerging markets would be somewhat vulnerable, but in generally we are seeing very little correlation between the KZT and other global indicators.

Question: What is your forecast for the Tenge by the end of the Year?

I don’t maintain a forecast, but assuming oil prices remain relatively stable, would expect the USD/KZT rate to drift back higher in line with the forward rates that reflect the Tenge’s higher interest rate: so toward 360, with considerable risk to the upside if the weak patch in the US economy proves to be the beginning of a recession, which could mean 380-400 for USDKZT.

Here is some background on Brexit:

Money is at the heart of many a battle and this Thursday's referendum on whether Britain should stay in the European Union or quit is no exception, AFP reports.

Voters were hit with a blizzard of statistics from the "Remain" and "Leave" camps during the campaign, often produced selectively to boost their side of the argument.

But that is a gross figure that does not include the rebate famously won by prime minister Margaret Thatcher in 1984.

With the rebate stripped out, the figure is £280 million a week based on 2014 data, according to Iain Begg, a research professor at the London School of Economics' European Institute, in a study entitled "So how much does Britain pay the EU?"

In 2015, Britain contributed an estimated £17.8 billion to the EU budget, or £12.9 billion after the rebate, according to a parliamentary briefing paper.

In return, Britain receives some £6 billion in subsidies, notably to the agriculture and scientific research industries.

Britain is the 10th biggest net contributor, proportionate to the size of its economy, of the 28 members, according to 2014 figures from the European Commission.