Kazakh weightlifter Ilya Iliys sure of gold in Rio 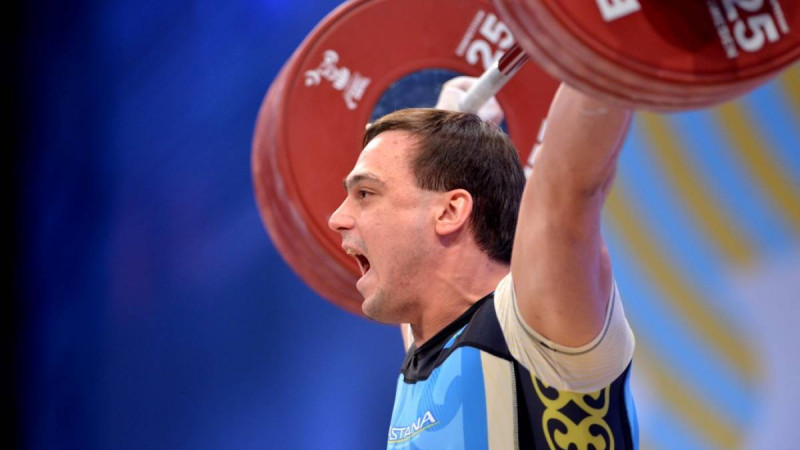 350 days left till the Summer Olympic Games in Rio de Janeiro. Athletes competing in summer disciplines all over the world are in the heat of preparations for the biggest sports event. Meanwhile, InfostradaSports has prepared a virtual medal table forecasting possible Olympics outcomes for different countries. The medal table is toped traditionally by the USA, China and Russia.

According to the Rio 2016 Virtual Medal Table, Kazakhstan will get six gold, four silver and three bronze medals, in total 13 medals. This brings Kazakhstan to the 15th place in the total medal count.

The table is based on the current performance of athletes in their respective fields.

According to analytics, boxers Daniyar Yeleussinov, Zhanibek Alimkhanuly, Birzhan Zhakypov and Merey Akshakov, who retired from boxing along with weightlifters Vladimir Sedov and Zulfiya Chinshalo will win gold medals for Kazakhstan.

Iliyn set a world and Olympic record with such ease that speaks volumes of his abilities. A place in the silver range could possibly make more sense for boxers Ivan Dychko and Adilbek Niyazymbetov, London silver medalist, but it is quite puzzling for Iliyn to be seen as a silver medalist in Rio.

Another Kazakh weightlifter Zhasulan Kydyrbayev, too, was included in the list of possible silver medal winners. Boxers Berik Abdrakhmanov and Kairat Yeraliev that showcased impressive results at the AIBA Pro boxing competition were listed along with weightlifter Zhazira Zhaparkul as possible bronze medalists in 2016.

Roman Kushpelev of Vesti.kz sat down with Ilya Iliyn to talk about the predictions for the upcoming Rio Olympics.

Vesti.kz: How did you react to the forecasts of foreign analytics? Do things like that affect your resolve?

Ilya Iliyn: It is my third Olympic games and I faced similar things earlier. I clearly remember that before the London Olympics, there was a similar forecast for medals and they gave me the second place. I think it is okay, let them assume. For me this research does not show anything substantial. Everything will become clear in Rio. As for analytics, I think they are 99.9% wrong (laughs).

Vesti.kz: Does it mean we set our eyes on gold?

Iliyn: Since I have not lost even once in my life, I surely put all the stakes on gold. All training and preparation are directed at achieving this result. I surely do not exclude other medals. We all are humans. But I want to win the gold. Every solder wants to be a general. Every two-times Olympic Champion wants to be a three-times Olympic Champion. It is a natural desire to win. So, I think, no one can prohibit me from thinking I can do it. I want to win gold for the country, for fellow citizens, the President and myself. This is what we need, a three-times Olympic Champion. I will do everything possible and impossible. As long as there is an opportunity, I will do my best. It is real!

Vesti.kz: Ilya, who do you see as your main competition?

Iliyn: David Bedzhanyan (Russia), the bronze medalist of the World Championship in Almaty, and Ruslan Nurudinov, the silver medalist of the Championship. Also, guys from Iran, China and Russia. It will be a very heated competition. Possibly, there will be some other guys. It has become a tradition, where I go only strong athletes gather. So it will be a battle.

Vesti.kz: Can you name your colleagues who will possibly distinguish themselves?

Iliyn: Zhasulan Kydyrbayev is surely gaining momentum. He is getting really good. I can name Almas Uteshev and Vova Sedov too. What can I say, there are guys that aspire to win medals. As for women, naturally we have our Zulya, dear Zulya (Zulfiya Chinshanlo). She can become a two-times Olympic Champion easily. She has everything to succeed. Svetlana Podobedova is training very hard and has very good interim results. Maya Maneza is back and her training is going good. And I almost forgot Zhazira Zhaparkul she is doing well. The most important thing is to finish the year ideally. Then we will make it all perfect.

Vesti.kz: How’s the preparation for the Olympics?

Iliyn: The preparations are going very well. Everything is going according to plan. I can even say we are exceeding the plan. Currently, we are doing 5%. I prefer 10-15% work. But it is 5% now, because we do not want any injuries. Our determination is strong!

Iliyn’s classic 99.9% confidence has never betrayed the athletes. As for the fans, third Olympics for their favourite weightlifter and just a tremendous person is an achievement on its own.

But then again, as Iliyn said, Rio will show what happens, not the stats.