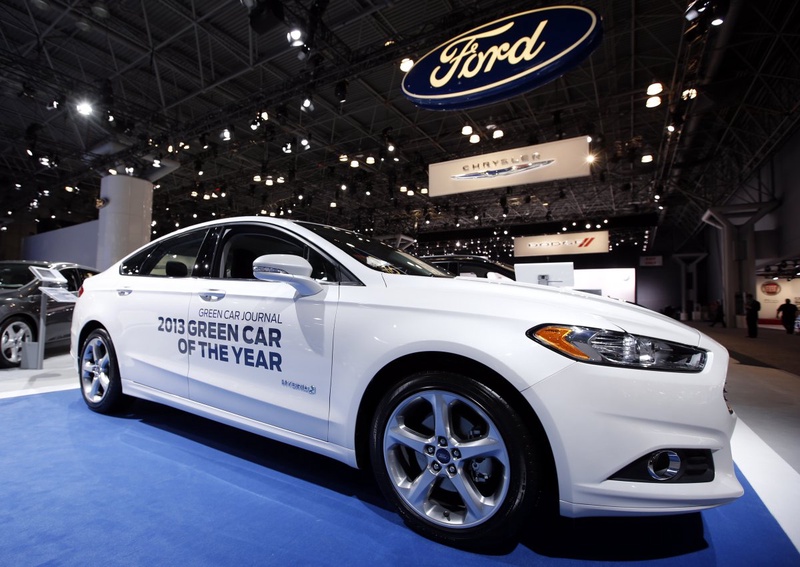 ©Reuters/Mike Segar
Ford announced plans Thursday for a prototype hybrid car that uses solar energy from a rooftop charger, reducing gas use and avoiding the need for plugging into the electric grid, AFP reports. The US auto giant said its C-MAX Solar Energi concept car with a solar panel roof draws power from a special solar concentrator lens similar to a magnifying glass. The vehicle, which will be on display at the International Consumer Electronics Show in Las Vegas next week, is estimated to reduce the annual greenhouse gas emissions a typical car owner would produce by four metric tons. The new system aims to rev up sales of electic and hybrid vehicles without the plug-in requirement of some current models. Ford said the system tracks the sun as it moves from east to west, drawing enough power from the solar rays each day to equal a four-hour battery charge. Ford said this car would deliver an estimated 100 miles (160 kilometers) per gallon (3.8 liters) of gasoline. "Ford C-MAX Solar Energi Concept shines a new light on electric transportation and renewable energy," said Mike Tinskey, Ford global director of vehicle electrification and infrastructure. "As an innovation leader, we want to further the public dialogue about the art of the possible in moving the world toward a cleaner future." The car is a collaborative project of Ford, California-based SunPower Corp. and the Georgia Institute of Technology.